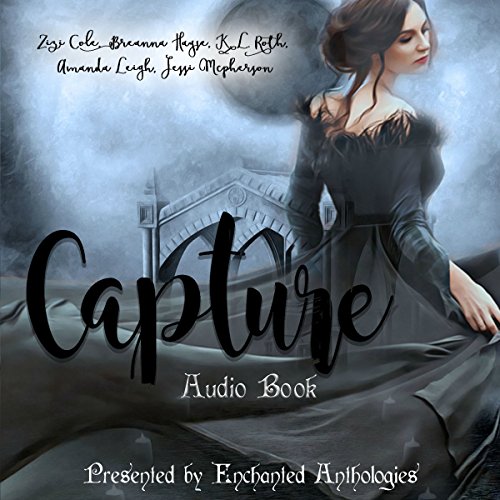 Can a human capture a heart of a creature of the dark?

"Embracing Darkness" by Zizi Cole
Crispin is the king of the shadows. After being alone years, he happens across a light that fascinates him. The catch: she's human. Can the light embrace his darkness?

"Unconditional Lust" by Breanna Hayse
The massive, hideous merrow leader Muruch craves the taste of human flesh. Confined to the ocean, he feeds his horde with sailors from ships pulled into the maw of the Bermuda Triangle. When US Army Captain Nurys Shaye puts her life on the line to save him after being captured, his hunger for human flesh is shadowed by the desire for her body and her love. Will she be able to see past his appearance and trust him to break down her walls and teach her to feel?

"Luck of the Irish" by K. L Roth
Darcy O'Dell has inherited more than just her Irish heritage: a curse, a Leprechaun, and hot-as-hell Irish man all wait for her in Ireland.

"Song of the Siren" by Amanda Leigh
She snuffs sailors out like they’re her personal playthings. Until she sees him. What happens when they come together?

Her green eyes taunted him as he slept. She was under his skin, and he wanted nothing more than to be under hers.

These stories are intended for readers over the age of 18.

What listeners say about Capture: A Paranormal Romance Anthology

A great collection of stories from new to me authors that I was able to really get into. The narrator was did an awesome job too.

This is a good selection of paranormal short stories. I really enjoyed Embracing Darkness, the luck of the Irish, Song of the Siren and the Silver Wolfe. The narration was just ok all there were moments when it was really good

This was an interesting bundle with some good dark and steamy stories. The narration was okay, but not really entertaining. I received this free review copy audiobook at my request and I have voluntarily left this review.

Can a human capture a heart of a creature of the dark?

What an amazing and great collection of stories. Really enjoyable and thrilling. Dark and steamy. Loved it!

The narration was great.

Embracing Darkness - Zizi Cole - 5 Stars - This may be a quick story but it still manages to blend sweet and sexy very well. You may not get to know the characters well but it seems like a great match.

Unconditional Lust - Breanna Hayse - 5 Stars - This story is different but still enjoyable. There's a lot of action packed into a short story.

Luck of the Irish - K. L. Roth - 3 Stars - Starting out this story is good, but once the supernatural shows up it gets really confusing and hard to understand whats going on. Plus the beginning feels a bit rushed.

Song of the Siren - Amanda Leigh - 5 Stars - This story has a dark beauty to it. It's a long awaited reunion that has a hauntingly dark beauty in its coming.

Silverwolf Alpha - Jessi McPherson - 3 Stars - I'm not sure about this story aside from it just didn't hit the spot for me. It was a good story don't get me wrong, but it just fell flat and seemed like it was missing something.


Jenna did a great job narrating these five stories and seemed like an entirely new person for each of them.

I received this audio book for free in exchange for my honest review. This is an excellent collection of short stories. The writing and narration is flawless throughout.

Talk about just enough intensity in the hot steamy parts. The stories were gripping, and held in to your attention till the end. I was sad it ended. I am looking so foward to hearing and reading more from these authors.

Amazing stories that have a lot of potential to be continued and hopefully they can do that then it would be awesomely! Either way the stories are hot and to the point and very interesting that you ware wanting to know more. Definitely recommend.