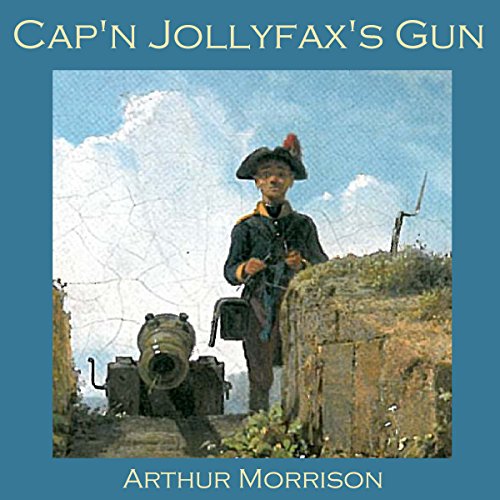 Arthur George Morrison (1863-1945) was an English writer and journalist known for his realistic novels and stories about working-class life in London's East End.

Cap'n Jollyfax, a retired sea captain, has a brass cannon which he likes to fire on special occasions. New Year, Waterloo day, the anniversary of Nelson's funeral, Trafalgar day, everyone's birthdays, weddings, christenings and every other occasion.

His neighbour, the widow Mrs Billing, has a great dislike for the gun. So when Cap'n Jollyfax and Mrs Billing become engaged to be married it is perhaps not surprising that there is a dispute about the future of the gun...a dispute with hilarious consequences.