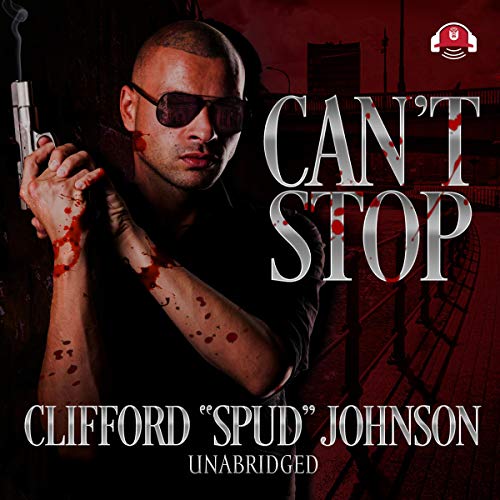 Jason Gaines, better known as Hot Shot, has just buried his mother, father, and little brother after a home invasion. Now the only thing on his mind is finding the people responsible and punishing them severely for taking all that he cared for in this world.

Before he can take action, he has to get his money right, and that means turning up his hustle. So, Dallas is off to get money from the streets. He has the connections to get him anything from drugs to weapons. His hustle has to remain on point, so he can then redirect his focus on finding the people who murdered his family. Texas is his first stop, but it damn sure won't be his last. He's on a mission, and he can't stop!

What listeners say about Can't Stop

One Of The Best Books Ever!!!

This book is so good! I am thoroughly impressed with the writing, plot, and characters. HOT SHOT IS SICK WITH IT!!!!!!!!!!!!!! He is my new book boo. His character is the first one that I've read that even compares to Ethic, in Ashley Antoinette's books. Not only does it compare but I think Hot Shot is running for number one. Clifford "Spud" Johnson is now one of my favorite writers. He brings a totally different element to this genre, and drops big bombs with one liners out of the blue that makes you say, REALLY???!!! I l love it!! Please put all of your books on audio Mr. Johnson. I don't have time to sit in one spot and read a book, but I will listen to as many as I can. I listened to Gangsta Twist 1,2, and 3, and both Can't Stop books in 9 days. I listened while I worked, cleaned, drove, everything. All are thebomb.com. The narrator did an AMAZING job with this one. I love the way he says, "yes" , and "do some good, and stay breathing. BIG KUDOS FELLA'S.

This book was very good! A thriller and suspense novel for me. The only critical thing that I can say is...what kind of needing was that? What happens? Will Hot Shot ever tell Nola what he really does for a living? Will she ever forgive him for being the reason her family goes to prison? Will Hot Shot ever find out what happened to his family? Will he and Nola really find a place and live happily ever after? Too many questions that left me hanging....will there be a part 2?

Can honestly say this is was one of the best books I've read in quite some time by buck 50. I hope the part 2 comes out ASAP I need it in my life now it had everything suspense, sex, crime, wit love it!

I read everyone’s reviews and expected a great story. Was I disappointed. This story was slow and annoying. And Nola with saying Hot Shot🤦🏾‍♀️. I live in DFW but all that unnecessary naming all the cities was not needed. I didn’t like this story.

Omg I couldn’t believe that he was working with the FBI I can’t wait for part 2!!!!

At first I couldn't understand the purpose of Hot-Shot flooding the streets of Texas with guns and drugs and I thought way too many details were given describing each transaction or altercations, dragging the story out longer than was necessary but I realize now all that info was needed. I can't wait to start book two to see what happens to all the characters. I thought Nola was going to be a snake but she wasn't. Can't wait to see what happens with her and Hot-Shot. Great story. The narrator did a decent job too. On to book two now.

This book kept me interested and engaged the whole time. The narrator did an outstanding job. I was able to differentiate the characters with no problem. Awesome storyline.
Now on to Book 2

This is my first book by this Author an I loved it. Wow just couldn’t put it down. Love Hot Shot Ann’s Nola hope you’re love will survive. Great narration and getting ready for book 2 and hope it will be a 3.