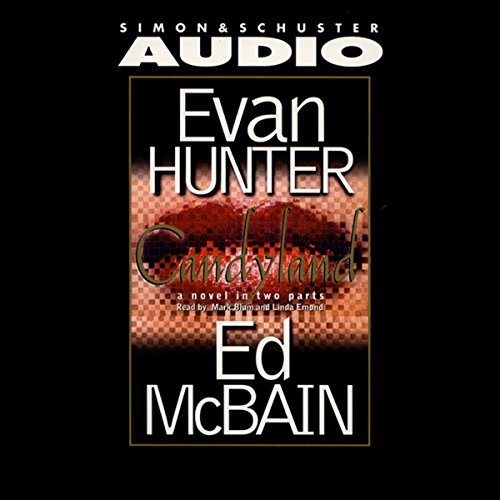 Benjamin Thorpe is married, a father, a successful Los Angeles architect - and a man obsessed. Alone in New York City on business, he spends the empty hours of the night in a compulsive search for female companionship. His dizzying descent leads to an early morning confrontation in a midtown bordello and a searing self-revelation. Part I of Candyland follows Benjamin's fever-pitched search for identity, told in classic Evan Hunter style.

Part II is pure Ed McBain territory. Three detectives discuss a homicide. The victim is a young prostitute who crossed Benjamin Thorpe's path the night before. Emma Boyle of the Special Victims Unit gets assigned to the case. As the foggy events of the previous night come into sharper focus, it grows clear that Thorpe is a potential suspect. The detailed police investigation is Ed McBain at top form.