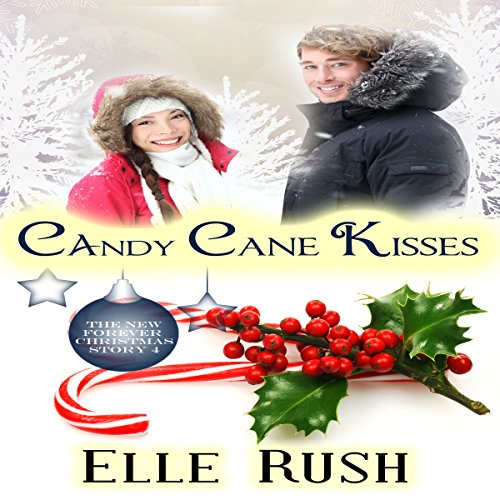 All bakery-owner Lindsay Leeds wants for Christmas is for her former high-school crush Sheriff Keith "Bodey" Bodewell to quit playing games. The sheriff has been dancing around asking her out for months and Lindsay is tired of it. His "fake girlfriend" ploy was cute and it was sweet that he recruited her friends to find out what she likes, but enough is enough. She's a busy woman and he needs to step up or he's going to lose his shot.

How can a woman who runs two businesses be so clueless when it comes to managing her heart? Bodey has dropped more than enough hints that he's interested, but Lindsay isn't catching them. Just when the sheriff is running out of ideas on how he can convince her to be his for Christmas, Lindsay gives him a clue about what it will take for him to get a date. And the answer is pretty simple. At least, it was supposed to be. Christmas is days away and his plays keep failing on a spectacular level.

It's going to take the jolly fat man to make this holiday romance happen.

Would you try another book from Elle Rush and/or Christy Williamson?

What was most disappointing about Elle Rush’s story?

The language. Too many F bombs

Would you be willing to try another one of Christy Williamson’s performances?

I did not finish the book as it was horrible. Audible needs to have ratings on the books they sell just like movies. I don't use the language they use in the book in my everyday conversation and I do not find swearing as entertaining and do not want it as part of my entertainment.

I don't think anyone would enjoy this book with this narrator.

Has Candy Cane Kisses turned you off from other books in this genre?

Not other books, but certainly other books by this author and narrator

Her pronunciation and enunciation were awful. Example she says nothing as "no thing".

What character would you cut from Candy Cane Kisses?

No characters were annoying or overused.