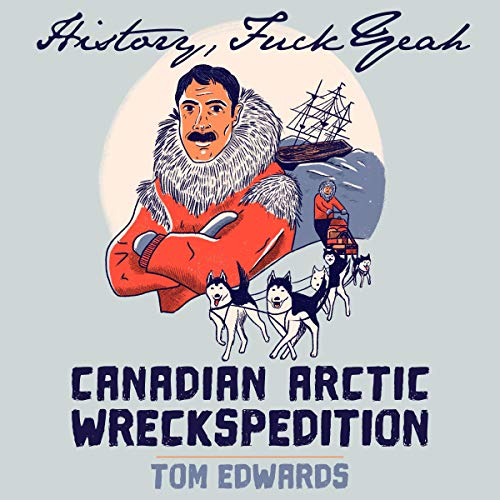 Canadian Arctic Wreckspedition: The Disastrous 1913 Voyage of the Karluk

In 1913, a beat-up old whaling ship called the Karluk was taking the men of the Canadian Arctic Expedition north of Alaska. They were in search of an undiscovered continent and things were going just swell - that is, until their ship became trapped in an ice floe and their leader, Viljamur Steffanson, abandoned them.

The Karluk drifted for months, aimlessly traveling hundreds of miles farther north. When it became clear that no rescue was coming, Captain Robert Bartlett - who became the de facto leader of the expedition after Steffanson went out for a pack of cigarettes and never came home - knew their only hope rested on his shoulders. So he and his Inuit companion Kataktovik traveled over 700 miles through Siberia to reach civilization.

Told in a casual tone with splashes of modern humor, Canadian Arctic Wreckspedition is a true story of hilarious incompetence and spectacular triumph.

What listeners say about Canadian Arctic Wreckspedition: The Disastrous 1913 Voyage of the Karluk

If you love history but also love a good laugh, this is for you. A great mix of language.