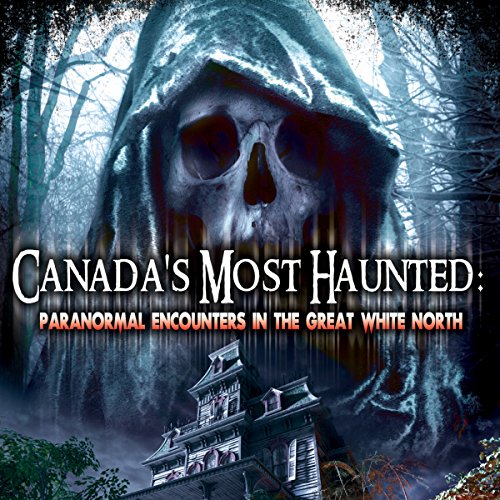 Canada has a rich tradition of frightening paranormal activity from one end of the country to the other.

In British Columbia you will find White Rock Players Club, a 100-year-old playhouse that has more than its share of ghostly characters. The Four-Mile House, an upscale restaurant that was once a bordello, contains entities in search of mischief and vengeance. At the Beban House, a mysterious ghost child can be found slamming doors, hurling objects, and frightening visitors. And don't forget Andrade House, where an eccentric artist shares his studio with the ghost of a young woman.

Moving on to Ontario, we find the Bytown Museum at the gateway to the Rideau Canal, which may also be a gateway to the paranormal, as well as Sax's Fish and Chips, which is home to as many as 16 spirits.

The Halifax Club in Nova Scotia is a private gentlemen's club known for its elite membership, and the ghosts of some men still call it home.

Canadian ghosts are also fond of the water. In St. John, New Brunswick, the frigate Genii was lost with all hands, but one sailor lingers on in spirit, haunting both the beach where his lifeless body washed ashore and the nearby mansion where he was laid out for burial. In Quebec a 30-foot lake monster stalks the peaceful waters of Lake Memphremagog. In British Columbia a decommissioned freighter known as the Queen Mary is haunted by a foul-tempered ghost with an appetite for destruction.

Prepare for an exciting thrill ride to some of Canada's most haunted locations.

What listeners say about Canada's Most Haunted