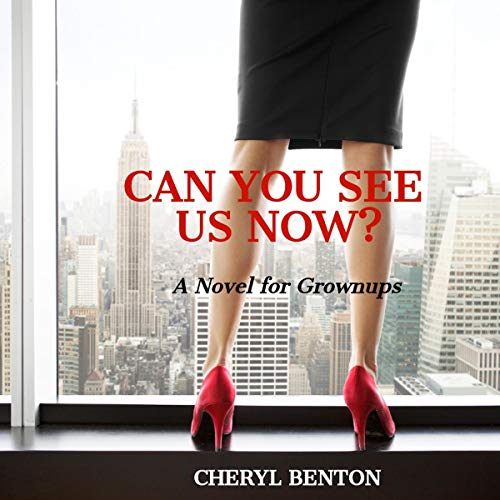 Can You See Us Now?

Suzy, Trish, and Madge, best friends since their early 20s, seemed to have it all. Beautiful, smart, and successful, they'd made it to the top in the most demanding city of them all, New York. Then they turned 50 and found that the world which once was their oyster started closing up faster than a New York minute. Bartenders ignore them, bosses marginalize them, and they’ve aged out of the prized 25-to-49-year-old demographic that marketers woo. They had suddenly become invisible.

A funny and moving insider’s story about New York City’s not-so-invisible women over 50 and beyond, who are living their lives to the fullest, achieving dreams, dating, having sex, and sometimes even falling in love again. You’ll laugh, you’ll cry, you’ll root them on, and you’ll never think about age the same way again.

Suzy, a top ad agency executive with a wonderful supportive husband and two great kids, had propelled little-known brands into household names. Then she looked around one day and realized she was the oldest person in the conference room and her “12-year-old” boss dismisses most of her ideas as appealing only to women with “dried up vaginas.”

Trish owns an art gallery, is married to a wealthy hedge fund guy, has a fabulous apartment overlooking Central Park, a summer home in the Hamptons, and a closet full of couture clothes...until her life is turned upside down by those dreaded words, “We have to talk.”

Madge is a highly regarded TV journalist who has traveled the world on assignments and knows celebrities, presidents, and kings by their first names, but has been too busy pursuing a career to have a life - until she’s pushed out of her TV morning show and replaced by a 30-something former beauty queen and Harvard graduate.

What listeners say about Can You See Us Now?

It's nice to have a story I can relate to. The storyline was great but please let a professional perform the read next time. I almost returned it due to the performance.

How friendships can be uplifting

Three women of 45+ years tend to be invisible sometimes or at least it feels that way.
Follow a year in their lives and see how their friendships/relationships weather happy times and heartbreak when it is shared among friends.
Everybody should have a Ripe Tomato group!

Absolute rubbish! The narration was also rubbish. Shame because the story was ruined by the very poor narrator. Sounded like she was in a rush!

A great glamorous story for ladies of a certain age

As a lady of a certain age - a hot tomato (!) I enjoyed this as pure escapes to the glamour of New York and adventures of glamorous ladies determined not to be forgotten

Story about ageing and it's challenges

It was a good story line but a little dragged out. However, it highlights some very real challenges of ageing and the importance of friendship.