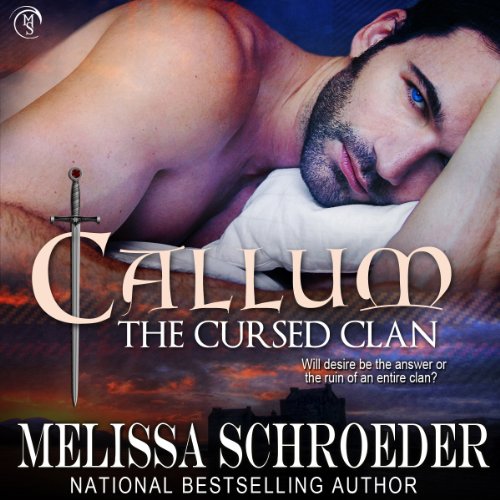 By: Melissa Schroeder
Narrated by: David Doersch
Try for $0.00

Will desire be the answer or the ruin of an entire clan?

As Laird, Callum Lennon feels he has always failed to protect his cousins. Callum's impulsiveness caused the death of his father and the experience has scarred not only his body, but his soul. From that point on, he made sure to always go with the more logical choice in every matter. When his younger cousin Angus finds clues that might help break the curse, Callum begrudgingly hires Phoebe Chilton to investigate. Callum doesn't like bringing outsiders into their family affairs. Their life would become fodder for the tabloids if anyone were to find out about the curse. It doesn't help that the instant he meets Dr. Chilton he's attracted. But, he doesn't really have a choice because she might be their last hope.

An expert in archeology, Phoebe has always been dwarfed by her parents' shadow. Their high standards had her in college by thirteen and earning a second PhD by twenty-two. But her career and her broken marriage have left her needing something more than just diplomas and degrees. She wants to prove that her interest in legends, especially Celtic legends, is as important as her parents' work. When the Lennon family contacts her, she sees the opportunity to win a massive research grant. With a long-time rival breathing down her back, she jumps at the Lennons' offer her, hoping it will ensure her the grant. But uncovering the Lennon family secrets, and her attraction to Callum, could prove more than she can handle. Forces outside the family are determined to ensure that they fail. When an old enemy threatens both the well being of the clan and the fragile new love, Callum will have to choose between believing his mind or his heart.

What listeners say about Callum

As the story unfolds we discover 5 members of the Lennon family, led by their Laird Callum, had a curse put on them in 1746 and they're all desperately looking for a cure to break the curse and think they've finally found it in the contents of an old book. Present day - in walks Phoebe to translate their old book for them.

For Callum (BHHH - broody handsome Highland hunk) it's instant attraction but he doesn't trust her and unfortunately Phoebe overhears this but she still can't resist him (well who could - check out the picture add a kilt and a Scottish accent, call me shallow, but all is forgiven) and so there's a lot of mental tail wagging, tongues out, drooling and panting done by the pair. However, we all know whenever there's a 'trust' issue then there's always a 'secret' and Phoebe keeps hers too long (typical) - it's one of those listens that you just know she's going to leave it too late to tell him and the inevitable dooda is going to hit the fan.

Interesting likeable characters and, of course, an evil Laird from another Clan makes this a captivating, interesting listen that has passion, sexual tension, romance, paranormal adventure and an intense plot which are all essential ingredients for a great supernatural listen.

My only very very slight criticism is that a few American words crept into the plot i.e. 'block' and 'sidewalk' which aren't English/Scottish words (a bug of mine) but they didn't detract or distract me from a most enjoyable listen and the narration was excellent.

Worth a credit? Yes definitely creditworthy and I'm looking forward to further books which will (hopefully) tell us how the curse will be broken by each of clan members.

First, I’ll start by saying I really enjoyed this story. It had a great plot, interesting characters (who can resist a hunky highlander?) and plenty of romance and passion. The cover art alone was worth the purchase!

However, this felt like an abridged version to me. Granted, it’s a short listen at just under 6 hours but it felt like something was missing. At times the story was a little disjointed and jumped around as if whole chapters were missing. I’m not a big fan of long descriptive narratives but I do want my books with a little more meat.

Overall, I thought this was a good listen but maybe not creditworthy due to the short length. I would suggest waiting to get this one on sale like I did.

For a "strictly speaking" paranormal romance, there was a ridiculous lack of paranormal. I was really hoping to add this to our potential reading list for my paranormal romance bookclub. But I'd be ridden out on a rail after they read this. It was basically just a breathy and broody contemporary romance with some super hot Scots. Not bad, but not great either. I'm usually a fan of Melissa Schroeder's work. I definitely consider myself a Harmless Fan, if not an Addict. This just didn't seem up to the same standards as some of her other work. I doubt I'll read more if they come out.