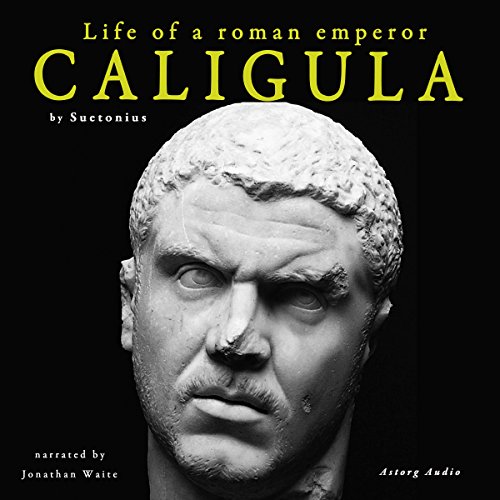 Caligula: Life of a Roman Emperor

By: Suetonius
Narrated by: Jonathan Waite
Try for $0.00

Suetonius' most important surviving work is known as the De Vita Caesarum, a set of twelve biographies of the successive Roman rulers.

The emperor Caligula was one of the strangest and cruelest rulers that ever lived, and most of what is known about his reign comes from Suetonius. The first six months of his reign appear to have been moderate and successful; but after that, he fell into a spiral of sadism, sexual perversity, and plain insanity that made him one of the most hated tyrants of all time.
His biography gathers many extravagant anecdotes, from naming his horse consul to calling people to his palace in the middle of the night just to play a strange game of fright with them. He was eventually assassinated, but not before many strange omens predicted the event, according to Suetonius.
©2016 Compagnie du Savoir (P)2016 Compagnie du Savoir
Historical Presidents & Heads of State
Show more Show less

What listeners say about Caligula: Life of a Roman Emperor

Great Insight Not So Great Execution

The story itself was quite engaging. The narration didn't hold me very well though. Some of the dramatic things that this man committed in his lifetime I believe could've been highlighted with a more enthusiastic reading.

I love the fact that this book tells you what other sources seem to leave out in the name of some kind of misplaced historical modesty. Jam packed with information on the making, atrocities, personage, and subsequent downfall, it makes a great companion piece to I, Claudius (which is amazing).
The timeline is a little scattered, but that’s not much of a complaint more than an observation. Where this book shines is in the gory details.

Thought it was quite insightful. Excellent narrator. Kept my attention and historically interesting compared to the book I CLAUDIUS.

An interesting story but unfortunately ruined by an unusually poor reading. There were so many mispronunciations you start listening out for these rather than following the text. The voice and tone were ok but I don't think the reader had any feel for the narrative and hadn't bothered to practice reading the book. There was also the occasional gasp of breath which should have been edited out. This is not Audible's finest and I'd suggest potential readers try an alternative version.