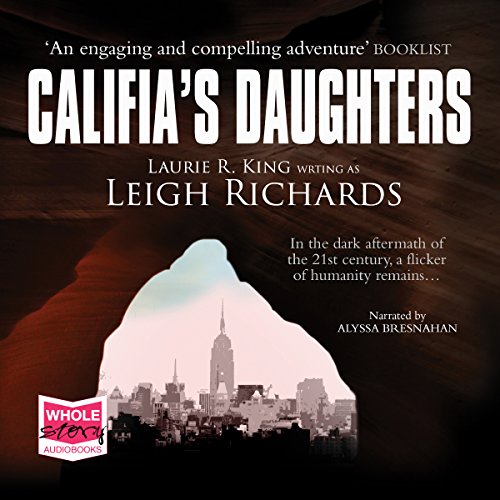 Only the elders of the Valley remember life the way it used to be, when people travelled in automobiles and bought food others had grown. When the ratio of male to female was nearly the same. Before the bombs fell, and a deadly virus claimed the world's men.

Now, civilization's few surviving males are guarded by women warriors like Dian, the Valley's chief protector, as fierce and loyal as the guard dogs she trains. When an unexpected convoy of strangers rides into her village, it is Dian who meets them, ready to do battle.

To her surprise, the visitors come in peace and bear a priceless gift, whose arrival is greeted with as much suspicion as delight. And indeed, the strangers want something in return, a request that could change the future of the Valley into one of hope - or utter desolation.

It is up to Dian to discover their motive, in a journey that will cost her far more than she ever imagined - a journey from which she may never return.

What listeners say about Califia's Daughters

Even though it is set in a dystopian future this story carries both hope and joy .
Great characters, fast moving story and worth a second listen.

loved it fast paced imaginative story .made you think what might be in the distant future.