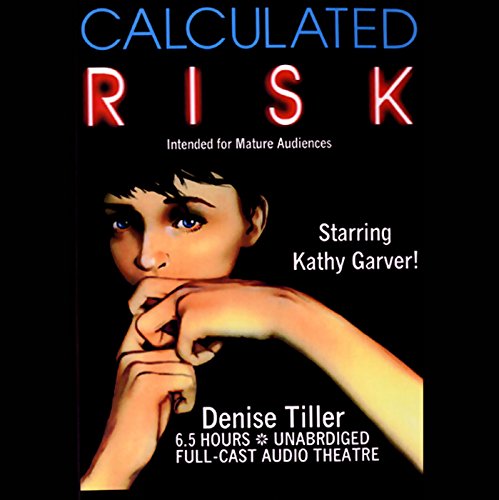 Liz builds her life around things she can count on: numbers, her father, and her cop boyfriend, Jack. Order is disrupted when she literally stumbles upon the latest victim in a string of brutal rapes.

As she helps and befriends the rape victim, order continues to unravel when she receives a shocking phone call from her mom. The mother she'd told everyone was dead. Not only that, Mom wants Liz to find Liz's half-sister. Trouble is, Liz didn't know she had a half-sister.

But first, Liz finds a freshly dead body, then uncovers a twenty-year-old murder. A Mardi Gras mask connects the serial rapist, her missing sister, and the murders. Armed with a black belt in mathematics, she uses intuitive and analytic skills to unearth a trail of blackmail and betrayal. Meanwhile her relationship with Jack splinters and even more bodies turn up that need counting.

"Kathy Garver balances the hard-boiled narrative style and the full cast of characters....Listeners have another complicated, competent female sleuth on the scene." (AudioFile)
"Kathy Garver evokes a familiar no-nonsense style of telling this enhanced story, while the supporting cast and publisher each deserve kudos." (AudiobookCafe.com)

Unfortuantely there weren't any reviews when I choose this audiobook. Let me save you some unbearable listening time. The whole audiobook was read in a very fast, "I'm going to a fire" tone. I actually found myself tuning most of it out. Anything else by this Author and this Speaker, I'm running in the opposite direction.

This was the worst audible book I've heard. The story was jumbled and the characters were not realistic. The worst part was the way it was read. It sounded like a chipmunk version of a Christmas song - too fast and expressionless.