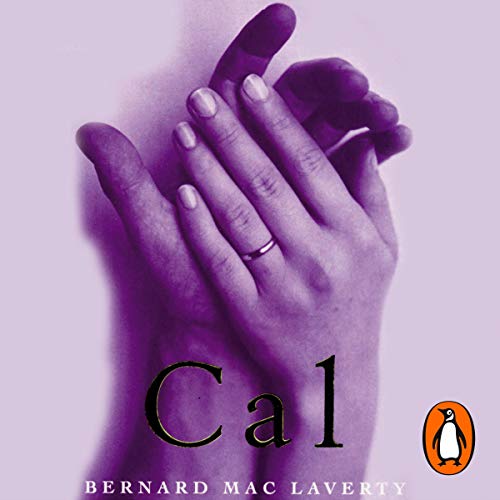 By: Bernard MacLaverty
Narrated by: David Threlfall
Try for $0.00

For Cal, some of the choices are devastatingly simple.... He can work in an abattoir that nauseates him or join the dole queue; he can brood on his past or plan a future with Marcella. Springing out of the fear and violence of Ulster, Cal is a haunting love story in a land were tenderness and innocence can only flicker briefly in the dark.

What listeners say about Cal

McLaverty's novel of "the troubles" in Northern Ireland, first published in 1983, has become a classic. Young Cal McCluskey is haunted by the role he played in the murder of a policeman yet struggles to detach from the IRA. Matters get worse when Cal falls for the local librarian who, he later learns, is the policeman's widow. As their romance heats up, he is saddened by the knowledge that their relationship is doomed: both of them have stated their belief in 100% honesty between partners, but Cal knows that 100% honesty will destroy them.

Was Cal worth the listening time?

Because it was a book I read for school I had to read it...

It was an ok book that brought in the catholic and protestant feud in Ireland. It was exciting in one way because of the romeo and Juliet love in the story and the hidden secrets.

I loved this book. Like all of Bernarc MacLavertys books it kept me hook from beginning to end. The narration by David Threlfall was first class.

Would you consider the audio edition of Cal to be better than the print version?

Not having read the book, I really enjoyed this audiobook.

What was one of the most memorable moments of Cal?

The underlying tension of not knowing how or when Cal's past would come back to bite him.

The story is set in Northern Ireland. Someone should have reminded the narrator. The character accents he created where really poor. How could he have got them so wrong? The IRA terrorists sounded more southern Irish and country bumpkin than in any way sinister and threatening. Marcella was supposed to be from Portstewart, on the Antrim coast, not some part of upclass England. I found the accents were so far off the mark they were very irritating. Sorry. Maybe if I wasn't Northern Irish I would not have been so hung up on this throughout the great storyline.

The sectarian bigotry and backdrop was a disturbing reminder from the past throughout the book. The main characters in the book manage to rise above it in a ways that may seem normal to everyone who did not grow up during the troubles in Northern Ireland. I found this aspect of the storyline to be moving. Basic human need is ultimately more powerful.

This book is a quick listen and terrific listen. I was so absorbed that I didn't realise how close I was to the end. So when it did, I couldn't believe how abrupt the ending was. I'll listen to it again, and forgive the narrator again. Not even he could ruin a brilliant story.