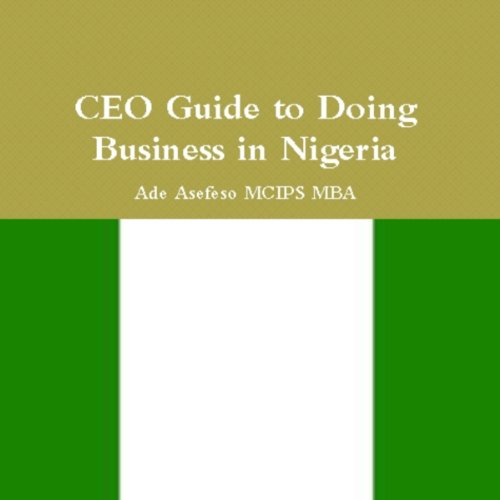 Well researched, straight to the point, very informative. What a resourceful author. Enjoyed and loved it.

This is a good beginner’s guide for any CEO attempting entry into Nigerian market. Nigeria is a unique country & this audiobook’s content did justice to that.