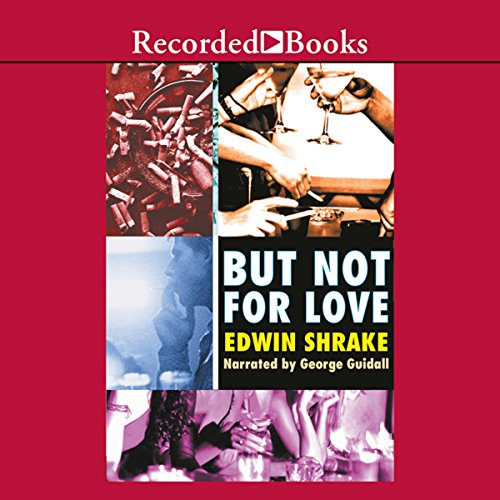 But Not for Love

But Not for Love

A native Texan, Edwin “Bud” Shrake has written more than two dozen works and is best known for The Borderland, which was named one of the 10 best books of 2000 by the Los Angeles Times.

This Texas Traditions Series title takes us back to the Lone Star State during the Cold War at the beginning of the 1960s. The postwar generation is in a frenzy of high living and profligate spending. Big Texas oil is still subsidized by a federal depletion allowance and cattle still account for much of the state’s wealth. But these longtime mainstays of Texas finance are giving way to transistors and computers. A new millionaire class is growing up around business mergers and electronic technology.

In the opening section of the novel, we visit the Texas Gulf Coast and see the machinations of Sam Guthrie and Waddy Morris Jr. as they attempt to take over a rival technology company. Back in Dallas, idealistic attorney Ben Carpenter moves to thwart the Guthrie/Morris takeover. Then we move to Fort Worth and attend the drunken party given in honor of Ben Carpenter’s 30th birthday. The party moved to Mexico on Cadmus Wilkins’s bus, where everyone has to confront his or her inner self - and some are found wanting.

This book was so bad I could not even finish it. The story plot was lame. It took forever to get started on the actual story line. By then I was so bored I could hardly remember who the characters were. I do not recommend this book to anyone.