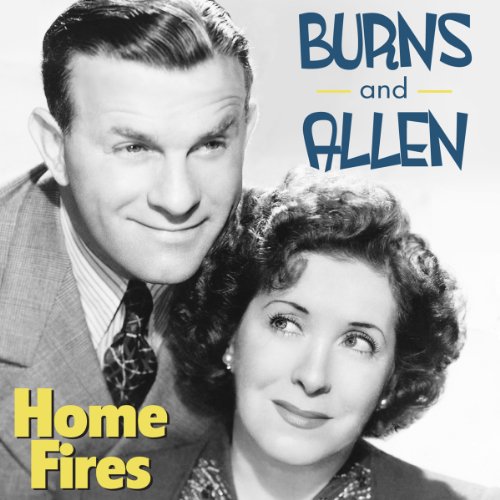 "Gracie and I were perfect for radio. Both of us could stand still in front of a microphone and read out loud. Gracie had a terrific voice, and I had Gracie. And that's all it took."
—George Burns

In the spring of 1947, Gracie turned her eye toward things that are fresh and new: a new hat, a new hemline, and a new home. The real-estate wrangling of Beverly Hills' most brilliantly befuddled wife finds the Burnses bunking with various members of the cast, occupying a janitor's apartment, and even living seperately at the YMCA/YWCA. All's well that ends well...but until then, it's hilarious!

What listeners say about Burns and Allen: Home Fires