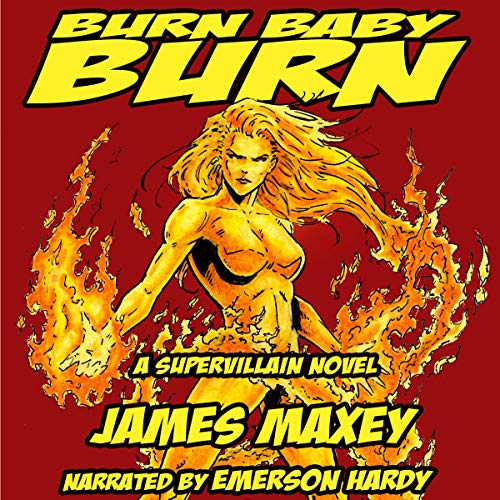 By: James Maxey
Narrated by: Emerson Hardy
Try for $0.00

Sundancer is a militant radical who channels the heat and light of the sun, capable of melting steel and vaporizing anyone who stands in her way. Pit Geek is seemingly immortal, able to survive any injury, but haunted by fragmented memories. Together, these supervillains launch a crime spree bold enough to threaten the world’s economy. To stop them, the government authorizes a new band of superheroes known as the Covenant to hunt down the menaces.

Sundancer and Pit must learn to rely on one another as never before if they’re to escape the heroes that hound them. When they finally run out of places to hide, can mankind survive the conflagration when Sundancer unleashes the full force of her solar powers?

I have always enjoyed James Maxey's work, this series is no exception. Superheroes at their best, mixed with serious issues and amusement. Great bad guys to conquer.
For me, Book 1 and 3 were hard to turn off, book 2 could have been left out and still would have been great.
This audio was given to me free and I voluntarily gave this review.

The villains are more like obnoxious sound bites and political faction talking points, The heroes just bad. The plot feels shallow and boring. The world is not really formed into a coherent plot instead the reader is dropped into a hot mess of a story line.

The book expects a lot of everyone reading it, the characters are complicated but there isn’t really any effort in explaining them.

Dissapointing more than anything.