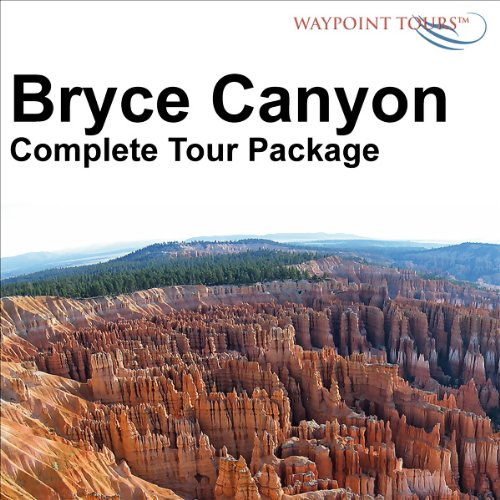 What does a Mormon shipwright have in common with a wildlife menagerie nestled among enthralling geology adorned with a star encrusted night sky? Answer: Bryce and the five years he was here. Welcome to Bryce Canyon National Park, named after shipwright Ebenezer Bryce. From the flame-colored spires beneath the rim, to the sparkling diamonds in the night sky, we hope you enjoy the magical beauty of Bryce Canyon.

Ebenezer Bryce was born in Dunblain, Scotland in 1830. As a shipwright's apprentice, he learned carpentry, the trade that would become his life. Bryce converted to the Church of Jesus Christ of Latter Day Saints and immigrated to the United States at the age of 17. Upon arriving in Utah, Bryce wed Mary Parker, and at the direction of the Mormon Church, the couple became serial homesteaders, going wherever the skills of a carpenter were most needed. They also managed to raise 12 children along the way! It was between 1875 and 1880 that the Bryces lived in the lower canyon. By logging the flanks and irrigating the floor of the canyon that his neighbors christened with his name, Ebenezer supplied the fledging community with wood and water. It's unclear to what extent Bryce appreciated the world wonder that would immortalize his name. His only enduring quote about this rock labyrinth expresses more pragmatism than awe: "It's a hell of place to lose a cow."

Indeed, where Ebenezer Bryce was worried about losing his cows among the hoodoos, many now come to Bryce with the intent of getting a little lost themselves in its beauty. As Park Ranger Kevin Poe puts it, "There's no question that the rocks are enchanting. But it's also a hell of place to lose yourself...among the stars."

This book is an enjoyable listen, but is difficult to visualize the locations described in an audiobook. Better to listen to this at home with a park map rather than when driving to work.