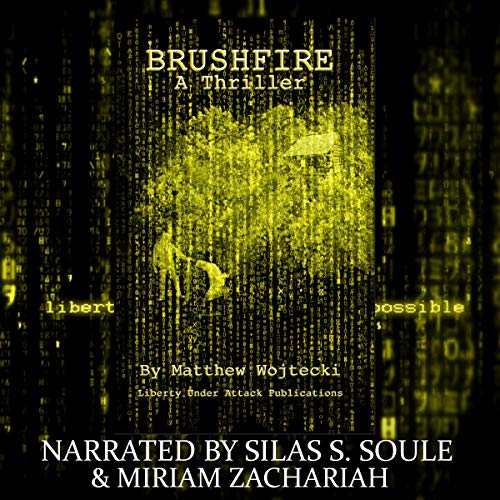 By: Matthew Wojtecki
Narrated by: Silas S. Soule
Try for $0.00

Do you ever feel like something is not quite right with the world?

This is the story of Henry Tucker, a shopkeeper at the I-77 Antique Mall, a large antique warehouse off the Ohio interstate highway. His life is forever changed when he meets a rebellious freedom-lover, Winston Smith, at a poker game. Winston is a fellow antiques dealer by day, and by night runs underground rave parties out of a nearby abandoned industrial building complex. Henry’s new friend invites him to a party and his life goes from “normal 9-5 shop clerk” to “fugitive” as he witnesses Winston get busted by the law. After police kidnap Winston, he later discovers an old book in a pile of Winston’s antiques and it changes his life forever.

Winston’s incarceration kicks off a nationwide manhunt and Henry fears that he will soon be killed or captured. He finally works up the courage to ask a local waitress “Maxine” to have dinner with him and, Max, after some convincing, leaves her job and comes on the run with him.

Brushfire is packed full of twists and turns as Henry continues his journey through the chaos and a web of government secrets. He later meets up with a decentralized freedom cell and gets a taste of what true liberty really feels like. The side-stories give a powerful lesson on the cruelties of state-sanctioned capital punishment, and emphasize just how overly powerful and convoluted the legal system really has become.

With Henry’s world being turned upside down and him being exposed to the truth, the listener can’t help but make comparisons to one’s own country; the ever growing prison population, the moral double standard, increasing police militarization, censorship, state secrets, the out of control surveillance state, and the slow chiseling away of basic human rights and liberties.

Fiction as it is, Brushfire provides just one of many examples of how liberty in our lifetime is possible, but only with direct action.

What listeners say about Brushfire: A Thriller

This was probably going to be a good book but after the first 10 minutes, I couldn't listen any more. The narration was somewhere between fingernails on a chalkboard and a dental drill.

Even after speeding up the narration the story dragged to distraction. I made it through the first three chapters before giving up. I would have given this less than one star if the choice was available.