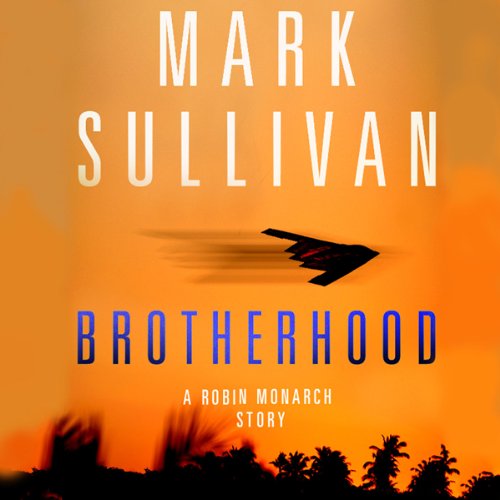 Robin Monarch is a man with a complicated, secret past and a very grim future. Currently locked up in the USDB—the military supermax prison known as Leavenworth—the CIA offers Monarch one shot at freedom and a pardon. All he has to do is steal something from a highly secure position at ground zero of a warzone and escape undetected.

But this isn't Monarch's first time at this sort of dance—as an orphaned teen scraping for survival on the streets of Buenos Aires, he was involved with the Fraternidad de Ladrones—the Brotherhood that schooled him the art of deception and survival. But his initiation rite is to take all the skills he has learned, and all the nerve he possesses, and steal something of great value under impossible circumstances.

In both cases, success will require everything he has—skill, wit, endurance, and intelligence—and means survival and freedom. And failure? failure is to lose all that he has.

What listeners say about Brotherhood

This review is for Shelley

As Shelley wrote, we have never met or corresponded in any way. My sole reasons for recommending Shelley's reviews is that her reviews are outstanding and reliable; And that they cover the mystery/thriller area very well. I have purchased 12 books based on her reviews. Audible members who like the mystery/thriller category should consider following her reviews. Shelley's comments about using Kindle Unlimited in her review of Bad Deeds are valid and helpful inn getting some audiobooks at the lowest possible cost.

One of my frustrations with audiobooks is that sometimes the latest novel in a series that I like is either not released in a timely manner or not at all. Two examples are the latest book in JA Redmerski's In the Company of Killers series and the latest book in Brett Battles' Jonathan Quinn series. In the Redmerski case it seems unlikely the book will ever be released as an audiobook. However, the Text-to-Speech option is enabled and on a supported device the book can be read to me. The voice is quite good, but the narration is not as good as with a professional narrator. Only specific devices support the Text-to-Speech option. No iOS device such as the iPhone support it but Android phones do. The least expensive device that supports it in the $50 7" Kindle Fire.

On to the review of Brotherhood: Brotherhood is an excellent but confusing Robin Monarch novella. The confusion results from the constant back and forth movement of the story between Robin's teen years as a thief and the present day. Ideally, the solution to the confusion issue would be the use of two different narrators or use of different voices by the narrator. Novel 3 in the Robin Monarch series, Thief, best describes Monarch's orphan teen years and how a mother substitute set him on the path to a better life.

Love this series! Gives Jason Bourne a run for his money. Will definitely keep my eye on this guy Robin.

This was a great introduction to the character Robin Monarch. What a fun, edge-of-your-seat kind of listen. I'm looking forward to more Robin Monarch stories on audio.