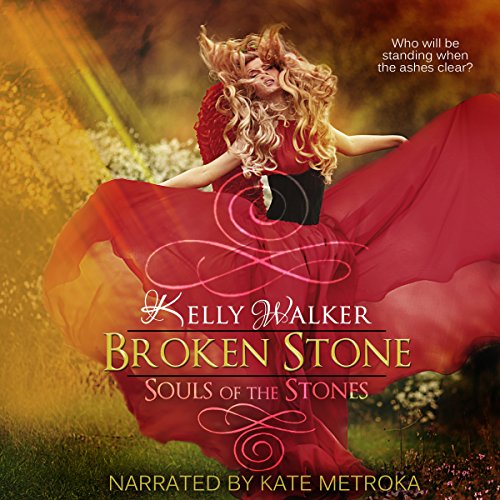 Unable to avoid her destiny any longer, Emariya has become the leader her mother always envisioned. Before she can focus on embracing her gifts to unify her three lands, she must first stop her own land from dissolving into civil war. Spurred by her brother's devious policies and thirst for power, the people of the Uplands have surged into revolt. If Emariya cannot convince her own people to stand down and follow her, she will never convince her uncle she can lead all three lands. And he's only given her half a year to do it.

As she tries to win her own people's hearts, the love of her life, Torian Ahlen begins to lose his mind. While Torian is driven into a dark depression by his visions of Terin, Emariya realizes the only way to bring him back from the brink is to confront her brother once and for all and rescue Torian's sister. Unfortunately, because of the pull of the stones, his sister isn't sure she wants to be rescued.

If Emariya is to have any chance at saving Torian's mind and his sister's virtue, she will have to go directly to the source, those that bestowed the gifts (or curse) in the first place. But will whoever is waiting at The Cradle Of The Three be willing to help her? Her only chance to get Terin away from Reeve will be to nullify the pull of the Stones, accepting whatever changes that may mean for her and Torian.

What listeners say about Broken Stone