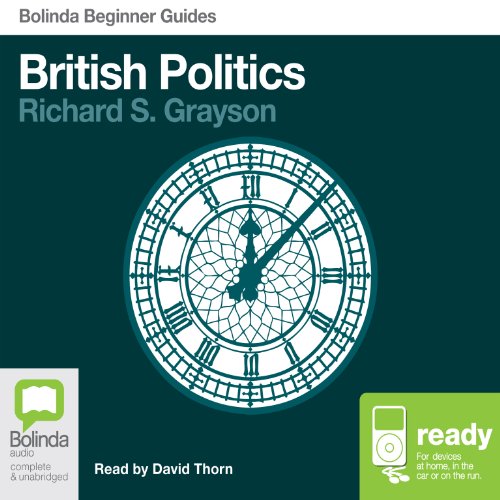 In May 2010, British politics entered a revolutionary new era. With the election of the first hung parliament since 1974, Britain found itself in the unfamiliar world of coalition government. Explaining what this all means, this incisive introduction shows us how our politics is changing and why we should care about it. Exploring the structure of British government, "spin", foreign policy, and the fallout from the expenses scandal and the financial crisis, Grayson reveals the complex interactions that determine everything from the taxes we pay to when we put the wheelie bin out.

This was so surprisingly engaging! As someone who is usually bored by this subject I listened from start to finish and learnt a lot. It's even given me a taste for more! Superb narrator too!

A good place to start. Easy to understand, relevant and interesting. I felt that it was fair and objective, not swaying towards any party.

Excellent narration and a great overview of politics, just what I wanted. However, I found the coverage of the political parties a trifle unclear, confusing at times, and I've been left without adequate definition of some basic terms people seem to take for granted, including that of right/centre/left-wing policy and how it relates to socialism, liberalism and capitalism. I'll be hunting for another similar title to fill in the blanks.