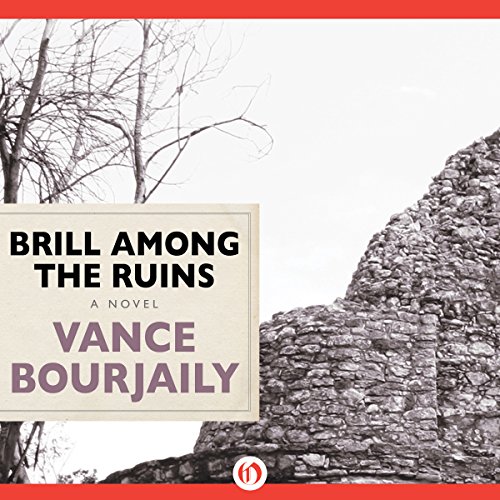 Brill Among the Ruins

A Novel
By: Vance Bourjaily
Narrated by: Fleet Cooper
Length: 16 hrs and 17 mins
Categories: Fiction, Contemporary
3 out of 5 stars 3.0 (2 ratings)

Brill Among the Ruins

Nominated for the National Book Award: The story of a middle-aged American man searching for himself in the ruins of Mexico.

At the start of this vibrant and invigorating novel, Robert Brill has a farm, a law practice, a daughter in high school, a son fighting in Vietnam, and a wife who deep-dives into the sherry bottle every night. What more can a typical Midwesterner ask for in the late 1960s? A lot, thinks Brill.

Tired of distracting himself with drinking, hunting, and sleeping around, Brill leaves Illinois and his family to join an archaeological dig in Puebla, Mexico. As he sifts through pre-Columbian artifacts, Brill considers the ruins of his life and imagines what might have been. One exhilarating fantasy involves a beautiful and free-spirited woman named Gabby. If there is a lesson to be learned from cataloging ancient pottery shards, however, it is that the past never disappears, no matter how far you try to run from it.

Hilarious, candid, and deeply felt, Brill Among the Ruins is considered by many critics to be Vance Bourjaily's finest novel.