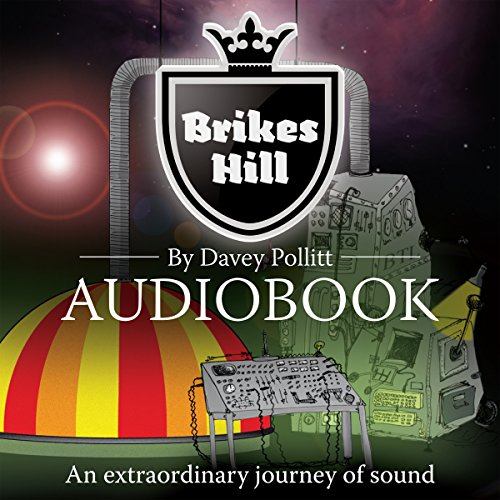 When Otto and his cousins, Skye and Archie, spend the summer with their grandfather, extraordinary events unfold. Gramps lives in a mansion on a huge estate surrounded by an impenetrable wall. Gramps is no ordinary man! Since his encounter with a crash-landed meteor, he has developed unearthly powers. His inventions are the stuff of dreams, and soon the children are exploring the estate by means of supersonic transport...The Brikes.

The Brikes (half-bike, half-dinosaur) created by Gramps are mysteriously brought to life in his fabulous workshop.

Meanwhile, danger is lurking on the other side of the wall in the form of Ernie Cat, a mean and nasty man who once worked for Gramps and stole some of his secrets. Using some curious but ingenious robotic spies, Ernie attempts to trick the children into handing over the secret to Gramps' magical power.

Disaster occurs while Gramps is absent from the estate. The children, together with their new friends - Fang, a strong and fearless T Rex; Shah, a courageous and wise Pteranodon and Buster, a Triceratops who loves to smash things down - decide they have no alternative but to tackle Ernie themselves!

The book was inventive and the writer clearly has a good imagination. My kids actually want to get into bed just so they can listen to more! I also love the music and sound effects within the book, it is such a refreshing change from the usual annoying sounds featured within some kids TV and audio books these days!

What was one of the most memorable moments of Brikes Hill?

There are so many to choose from but I would say the moment the Brikes turn to life is one of my favourite sections.

Which character – as performed by David Pollitt – was your favourite?

My favourite character is Gramps and the kids love Skye and Otto!

My kids definitely would have! They have not stopped talking about it!

If you are going to buy any kids book on audible make it this one, you won't regret it!