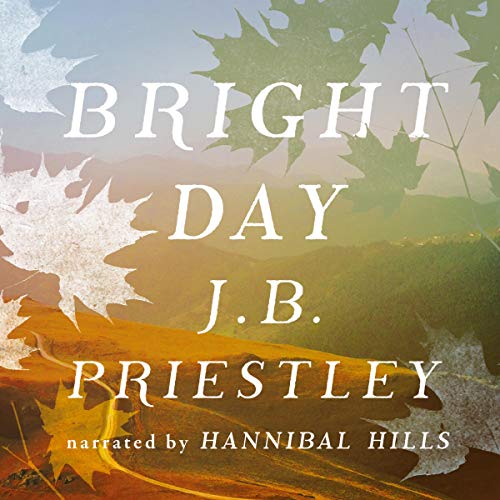 By: J. B. Priestley
Narrated by: Hannibal Hills
Free with a 30-day trial

Gregory Dawson, a middle-aged and disillusioned writer, is holed up in a Cornish hotel working on a film script he must finish. A chance encounter with an old acquaintance in the bar sends him back to the England of 1913, when he was just 18 and longed to enter the seemingly magical world of the glamorous Alington family and its three lovely daughters.

Replaying the events of those days in his mind, Dawson relives a long-forgotten story that ended with a mysterious tragedy whose effects linger on in the present and threaten to shatter his placid existence.

In the vein of Proust’s In Search of Lost Time, J. B. Priestley’s Bright Day (1946) is one of his finest works and his own favorite of his novels, a haunting and unforgettable evocation of a vanished England as yet unravaged by the devastation of two world wars.

“One of the best of J. B. Priestley’s novels...provides an opportunity to revalue a writer not merely hugely popular in his own day but also, with more than 100 titles to his credit, hugely prolific.” (Francis King, The Spectator)

“A glow of the magic of poignant rediscovery.” (Kirkus Reviews)

“I do not think Priestley has ever written anything better than this book.” (News Chronicle)

What listeners say about Bright Day

I love reading books written in a different time and place and this one was written right after World War II I found it fascinating. It is about a middle-age screen writer who sees an elderly couple in the hotel restaurant at the resort are you staying at the finish a screenplay. It is really nagging him that he knows these people and it takes a day or two but then it dawns on him they are Mr. and Mrs. Nick sleep The parents of three girls he was once friends with the year before World War I started. He is caught up in the memories of back then and it has and Epiphany that that was when life was good when the sun shone. The book is mostly am remembering those days and although that doesn’t sound exciting it is very entertaining especially with Hannibal Hill doing the audio he did so good in this book. I’m used to him not reading horror or sci-fi and this showed a whole new side to him that I loved. The whole book is absolutely excellent from the story to the performance, I wish she would do narration for more books like this. I highly recommend this book.