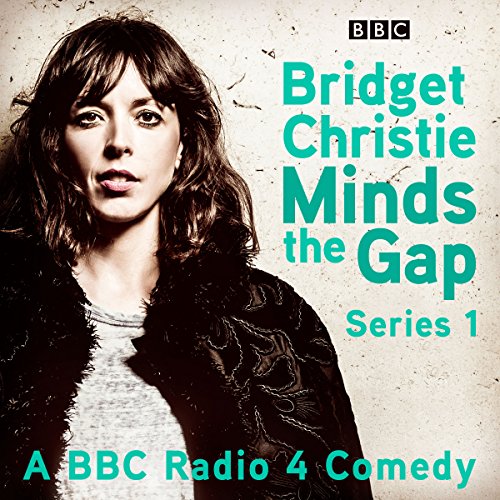 Comedian Bridget Christie noticed that misogyny, like shiny leggings, has made an unexpected comeback. But did it ever really go away? Bridget Christie Minds the Gap is a new stand-up comedy series on the state of British feminism today.

In these four episodes, she asks why feminism became a dirty word and whether the modern British woman needs it. From a smell in a well-known bookshop to a pen designed especially for women, she looks at some of the more ridiculous things associated with being a woman. She also considers women and their day-to-day relationships with each other, via an organic herb puff snack, a church pew and a bag of dirty laundry. In addition, she ponders women's relationship with their bodies via a lap dance, TOWIE and a fish called Michael. Throughout the series, Fred MacAuley helps her remember some of the key incidents which brought her to an epiphany and a call to arms.

What listeners say about Bridget Christie Minds the Gap: Series 1

A great listen, but get 'a book for her' instead.

This is 4 episodes of Bridget Christie taken from a BBC radio series. since then Bridget has gone on to publish 'a book for her' also on Audible. there's a lot of overlap and the other fleshes things out far better. A great comedian and thought provoking subject matter regardless of the listeners gender.

brilliant show by a brilliant woman. laughed all the way through. love that Bridget knows how to take the piss out of herself and feminism whilst making the best points about the seriousness of issues women face in this decade.

Disproves the very notion that women are not funny. excellent bit with the bic pen for women.

My introduction to Bridget Christie

If you could sum up Bridget Christie Minds the Gap: Complete Series in three words, what would they be?

The Brontes discussing their writing problems

She needs another BBC series ... like right now .. seriously