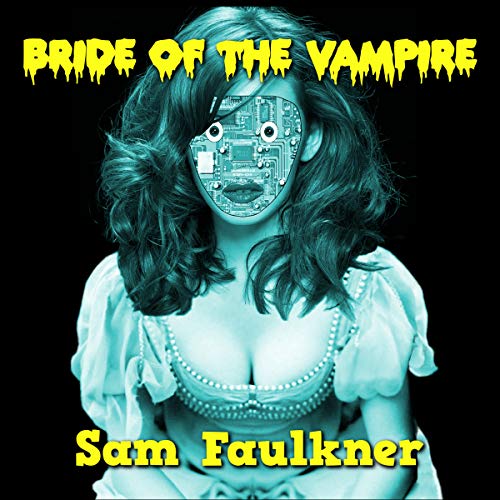 Bride of the Vampire

Bride of the Vampire

By: Samantha Faulkner
Narrated by: Alison Campbell
Free with a 30-day trial

There’s no such thing as vampires. This is the 20th century. It’s bad enough being tied to a stake and accused of witchcraft. The last thing Fembot Sally needs is the undead trying to prey on her as well.

But dark rumors are circulating of an evil presence up at the castle. Bodies are being found drained of blood and the finger of suspicion has already fallen on the feudal lord Count Vetrikinski.

Fembot Sally travels up to the castle to investigate, but will she be able to resist the strangely hypnotic man who lives there, a darkly handsome aristocrat who insists he really isn’t a vampire at all?

What listeners say about Bride of the Vampire

The narration was done very well. The storyline was very different and unique. I was expecting a different ending, but found it clever and witty.

This was an interesting and odd story. It is very short, but well done. It has a great narrator that kept me engaged in the story the whole time. For what it is, it is pretty good.

not a serious horror

this is not a deep plot. It's a decent fun romp but it's really quite short. I think people going in to should know what to expect. It's very quite short but what is there is fun. And if you don't like it, it'll be over in no time.

A Radio Drama for a New Age

Androids, witches, vampires, mummies, satanists and mad science experiments. This radio-drama style story has a little of everything and enough of a sense of humour to delight fans of B horror movies and radio dramas.
I enjoyed every minute of it.

I definitely suggest that anyone who has just a little amount of time to spend on listening to audiobooks and enjoys fantasy books or vampire paranormal genre then this is bound to be an enjoyable listen. The narrator was great as well. ;)

The story begins like another typical vampire story with a super sexy rich vampire and many young girls to suck the blood from, BUT it turns out to be rather different. be surprised by the twists and turns in the story and enjoy the humour of the main character.
I was given this free review copy audiobook at my request and have voluntarily left this review