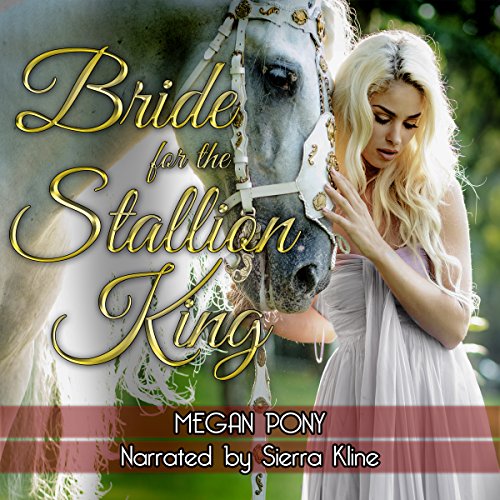 Bride for the Stallion King

By: Megan Pony
Narrated by: Sierra Kline
Try for $0.00

Hidden in the Oregon forest there are is a race called the Roan, and Ajax is their king.

The Roan are unique in many respects, from their medieval ruling system to their secluded castle, but their greatest secret is their ability to transform at will into an equine form.

Grace Hawkins had given up on her existence of mundane drudgery and decided to make one last attempt at happiness. Her impromptu plan was to simply get in her car and drive, not coming home until she finds what had always been missing from her life.

What she finds instead is that being alone can be very dangerous when you have nothing to lose. She destroys her car and becomes lost and abandoned in the wilderness, miles from anyone or anything that can help her.

Frightened, cold, and losing hope, she is startled by the realization she is not alone, but is being followed by an extraordinary creature who would soon change her live forever. She naturally assumes the mighty stallion was just as he seemed, but soon discovered his amazing secret and why he had found her in the night.

What listeners say about Bride for the Stallion King