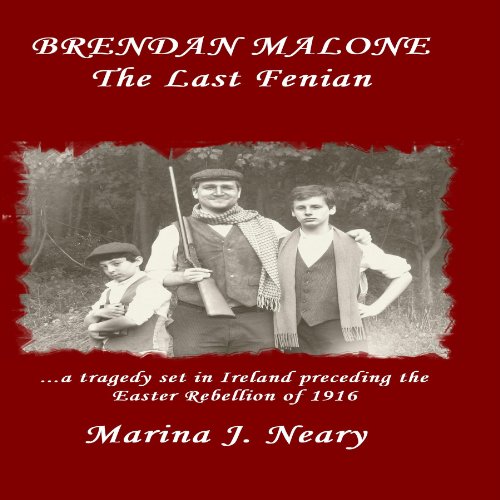 By: Marina J Neary
Narrated by: Colin Grube
Try for $0.00

Based on true historical events, Brendan Malone: The Last Fenian is a folkloric satire examining the dark, destructive side of paternal love.

Roscommon, Ireland, 1910. A string of crop failures and botched rebellions had left the country a pitiful wasteland. Brendan Malone, a struggling Gaelic landlord and member of the secret Irish Republican Brotherhood, succumbs to a midlife flare-up of nationalism, while his two sons climb the academic Olympus at University College Dublin.

Dylan, primitive and compliant, clings to his overbearing father, while Hugh, anglicized beyond recognition, harbors his own ambitions that do not include liberating his native land.

"M.J. Neary has added a well-crafted and finely researched novel to the genre." (Kenneth Weene, author of Memoirs From The Asylum)

"Gripping read from beginning to end." (Gary Inbinder, author of Confessions of the Creature)

The author has brought a difficult period of Irish history to life through a combination of historical and fictional characters. (Jim Dougherty, President of The Wild Goose)

What listeners say about Brendan Malone: The Last Fenian