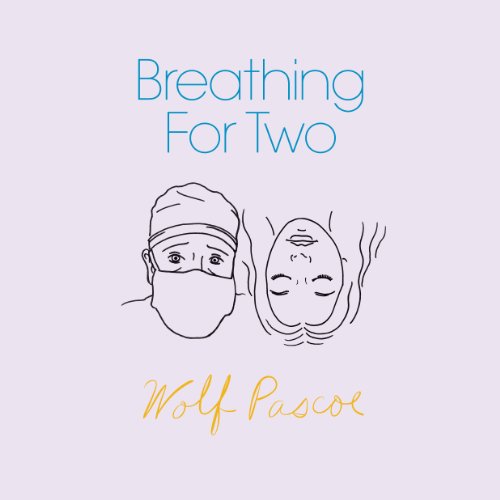 Ever wonder why giving anesthesia is described as hours of boredom with moments of panic? With gentle precision, anesthesiologist Wolf Pascoe teases apart an overlooked world and unveils the eggshell dance that takes place at the head of an operating table. Intrigued or spooked by what happens in an operating theatre? Breathing for Two is a seat on the stage, a short book that will change the way you think about life and breath.

What listeners say about Breathing for Two

Excellent (and a little terrifying!)

Excellently written and superbly narrated by Wolf Pascoe, a practicing anesthesiologist who ably demonstrates that not only is his chosen occupation difficult to spell and a tricky to pronounce but it's even more wracked with complications to undertake.

Wolf keeps us completely engaged in a wonderfully-written book which comprises descriptions of several patients of his throughout his career so far who demonstrate key aspects of what it takes to be the man/woman behind the oxygen and anesthetic mask and how, sometimes, the Doctor's humanity seeps through which can spell oxygen-starvation, possible brain-damage and even death for us.

Wolf writes and narrates totally faultlessly - really, this is as good as it gets - don't be put off by the short length of the book because it is completely engaging, beguiling us with drama, suspense and, yes, a little terror too when we think of what happens to us during a general anesthetic procedure and how literally close the anesthesiologist has to bring us to death in order that we can be operated upon. Wolf makes it clear that mostly things go smoothly...but it's edge of the seat drama when they don't. Pro tip: lose weight if you're able to before a major operation. ;)

I absolutely want to hear more from Wolf Pascoe - please, write and narrate because this is a wonderful subject which I don't recall being covered by pretty much any form of media and Wolf has a natural gift both with his written prose and his narration style.

-
Note that I received a free review copy of this audiobook - but my gushing praise is completely genuine, if I'd hated the book I would say so. Listen to the preview, see for yourself.

I found this to be really interesting. It's a great blend between memoir, facts and history.

The author did an excellent job narrating his story. Fascinating for anyone- you don't need a medical degree to understand it. His personal experiences and outlook on his profession has me thinking about anesthesiologists in an entirely different way.

Pithy View of an Unknown World

What did you love best about Breathing for Two?

I loved hearing about this world that is so common to us yet whose inner workings are so foreign. Mr. Pascoe makes personal what is usually taken for granted and relates the complexity of this world in a simple human way.

Every day this doctor literally holds life and death in his hands and it's moving to hear how seriously the man takes his work and transforms it into a sacred act.

Excellent read - even for a laymen like me. Gave me a glimpse into a world I really didn't appreciate before now although I sure have used their services :)

Technical Information Delivered from the Heart!

Where does Breathing for Two rank among all the audiobooks you’ve listened to so far?

I consider this book one of the best I have read and listened too. I plan to re-read and re-listen to both the kindle and audible versions to highlight terminology and other insights in the book I want to remember. This is not a novel but it's not a textbook yet it's a little of both. I think the intensity and sincerity of the book in the authors own words and his own voice just made the book and Audible version extremely interesting and valid. I would say that's generally true. The authors voice truly ads to the books authenticity. Can you imagine if Albert Einstein had narrated his own biography?

The author, Wolf Pascoe, did a superior job in writing the book and then delivering the book in his own words and conversational style. I so appreciate the way he introduced and explained technical terms for instruments, procedures and chemistry in a way that was both professional and yet understandable to a lay person.

Which character – as performed by Wolf Pascoe – was your favorite?

The author as a character and as a doctor was most respectable and endearing in his honesty, vulnerability and humanity. I recently had surgery. The CRNA came into my room to introduce herself and explain the process. She asked me to open my mouth and say ahhhh. Then she seemed very pleased. It made me feel good, just her pleasant, positive nature. But now, thanks to Beathing for Two, I think I know why. My open mouth revealed a clear path for intubation. Finally, a worthy use for my Big Mouth!

I would strongly recommend this book as part of a students curriculum in med school because it humanizes both the doctor and the patient. It emphasizes the working relationships between the doctor and patient and the anesthesiologist and the rest of the medical team. As a documentary the tag might be: While you were Sleeping - Not everyone was napping!

Breathing for Two
My daughter is a CRNA, Certified Nurse Anethistist. I watched her carefully choose her intended profession after graduating Pre-Med with honors and then watched her earn a nursing degree, again with honors, apply herself in the field of nursing, earning the respect of her peers and then returning to school and hours upon hours of study graduating again, with honors, all in order to earn those letters, CRNA and enter the field as described in my first sentence. I have never seen such devotion, dedication and perseverance as demonstrated by my own daughter in the persuit and practice of her profession and yet, because I don't have a medical education it was hard for her to explain exactly what she does. This book helped me better understand the intricacies and complexities of her world. It gives me some understanding of her knowledge base and what she must be going through every day. And, as if there were any natural limits on a fathers pride, the insights provided by Breathing for Two, has redefined the pride I have in my daughter as limitless.

Wish it were longer

I did not get this book for free. I bought it with a credit, and even though it is not very long, I think it is well worth purchasing!

I was astounded by how beautifully this book is written. It is the kind of prose style that I admire and aspire to write myself. I wish this book were longer, but at the same time, it is at the length that you can listen to more than once. I listened to it the first time to enjoy the story, and then again to appreciate just how beautiful and well written some of the lines are. I’m always skeptical about audiobooks narrated by the author. However, I think Wolf Pascoe did an excellent job.

Breathing for Two is truly a hidden gem. I highly recommend it!

Now THIS is real!

Narration - Wolf Pascoe - Wolf is the author/narrator of this true life narrative of his own experiences as an anesthesiologist. His narration is terrific!

The story is terrific. Wolf describes the act of breathing and anesthesiology in such a poetic way. It was just mesmerizing, as is his voice. This is the story of some of his more difficult cases of anesthetizing patients with difficult airways and anatomy woven with some of the history of anesthesiology. It is not a dry clinical story, it's very engaging and you feel more like you are at a cocktail party having a conversation with him, hearing his real life stories of successfully overcoming some pretty terrifying obstacles.

Never again will I say to the doctor (after he suggests just giving me a local) "oh no! I wanna be put out!" I now understand that it's not a simple process of just "putting you out and you wake up and it's over." There are real risks and they shouldn't be taken lightly. But I also now see that hopefully when I am put out, there is someone who cares about his patients and what he's doing and has planned for every eventuality.

Loved this. Highly recommend to anyone, really. I think you'll enjoy it.

Would you listen to Breathing for Two again? Why?

Once is enough to scare the crap out of you.

Were the concepts of this book easy to follow, or were they too technical?

Enjoyed his voice and cadence.

I was provided this audiobook at no charge by the publisher in an exchange for an unbiased review through Audio Blast.

This a short, light hearted but also interesting listen in its own way. There are mot many books on this topic. Some paragraphs get a bit technical, but overall it's been enjoyable. A few more happy stories would have been great too.