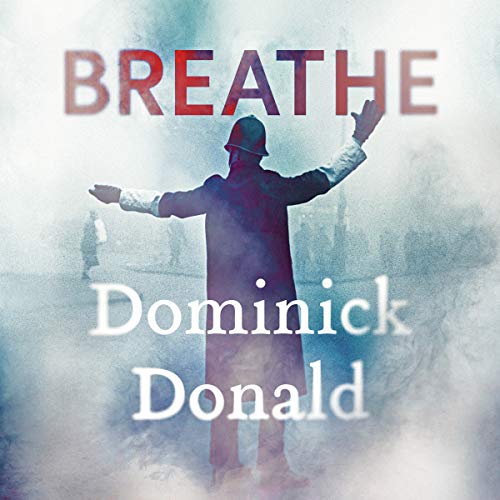 By: Dominick Donald
Narrated by: Martyn Ellis
Try for $0.00

London, 1952. Dick Bourton is not like the other probationer policemen in Notting Hill. He's older, having fought in Europe and then Korea. And he's no Londoner, being from Cotswold farming stock. Then there's Anna, the exotically beautiful White Russian fiancée he has brought back to these drab streets and empty bombsites. She may as well come from a different planet.

The new copper also has a mind of his own. After an older colleague is shot by a small-time gangster they are chasing in a pea-souper fog, something nags at Bourton's memory. He begins to make connections which his superiors don't want to see, linking a whole series of deaths and the fogs that stop the city in its tracks.

Desperate to prove himself and his theories, Bourton fails to notice the fear which his mysterious bride is doing her best to conceal - and overcome.

Soon both Anna and Bourton are taking dangerous paths into the worst fog London has ever known....

What listeners say about Breathe

An interesting book with an insight into post war

An interesting book with an insight into post war London through the life of an ex soldier who is now a probationary policeman. Dick Bourton's ability to recognise and solve crimes far exceed those of his peers and most of his superiors. If Dominick Donald writes a follow up to this one I'd be interested in trying it. Narrator Martyn Ellis did well and should be considered for any further books like this.

A long but absorbing listen full of interesting characters and events, although I'm never keen on real/well-known people's motives and actions being fictionalised in order to advance a novel's plot ... an amazing narration with some unusual quirks that really enhanced the storytelling, e.g., telephone conversations that actually sounded like telephone conversations ... fascinating insights into life in the UK after WW2 (and the Korean War) and into the obstacles faced by stateless people ... this Audio book was so good that I will definitely listen to it again.

If you like your narrator to sound just like an Alan Bennet impersonation then this is a book you will enjoy. The various characters, especially the females were hilarious but I don’t think that was intentional. Book is also too long. Boris Starling did a much better job.

I am really struggling with this book. I have got to chapter 30 and could not tell someone what is happening. There hasn’t been anything to keep me interested and stop my mind wandering. Currently in two minds whether to persist or return.

This is a great book, and a superb performance. Evokes the dinginess and attitudes of post war London excellently.

Donald's clearly extensive research about London in the smog years makes this a truly evocative and gripping novel. The commonplace persona of mass murdererer Christie is reanimated brilliantly. I was unconvinced by the final chapter, however. And Martyn Ellis dramatises this perfectly.

At the start, this bears close resemblance to Laura Wilson's hero, set in the same timeframe, with a similar backstory (and not a few references to her characters). But the story develops and takes a different turn to 'A Capital Crime.'
It's a blow by blow account , which does become a bit tedious and long winded . The narration is excellent. Overall, I enjoyed the book, and hope the author has a return planned for Anna and Richard.

This book is so well written and read that I listened to it through the night. Couldn’t stop wondering what was going to happen to Dick Bourton and his mysterious and beautiful Anna. The atmosphere of drab 50’s London in the Great Smog, with a serial killer perhaps just an arm’s length away is captured brilliantly.
Can’t wait for a sequel.

An enjoyable variation on the theme

A book I think I might have preferred to have read, still a good listen though

Hard work to listen to.

Really struggled with this book and gave up on it twice. The narrator wasn't very good at differentiating between different characters. I found myself having to concentrate too much just to follow the plot. In some instances I drifted off and turn my attention to other things.