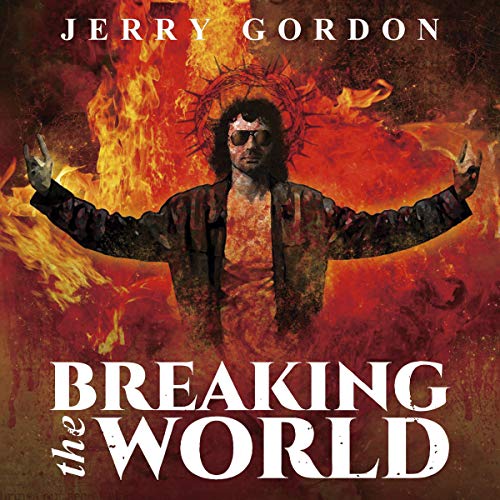 By: Jerry Gordon
Narrated by: Garrett Howard
Try for $0.00

In 1993, David Koresh predicted the end of the world.

What if he was right?

Cyrus doesn't believe in David's predictions, and he's not interested in being part of a cult. But after the sudden death of his brother, his parents split up and his mom drags him to Waco, Texas, against his will. At least he's not alone. His friends, Marshal and Rachel, have equally sad stories that end with them being dumped at the Branch Davidian Church.

Together, they're the trinity of nonbelievers, atheist teens caught between a soon to be infamous cult leader, an erratic FBI, and an epidemic that may confirm the worst of the church's apocalyptic prophecies. With tanks surrounding the Branch Davidians and tear gas in the air, Cyrus and his friends know one thing for certain: They can't count on the adults to save them.

In his debut novel, Jerry Gordon takes listeners deep inside the longest standoff in law enforcement history for an apocalyptic thriller that challenges the news media's reporting of the event, the wisdom of militarizing domestic law enforcement, and the blurry line between religion and cult.

"The things we do to each other are more awful than any haunted house, ghoul, or demon could ever be, and in BREAKING THE WORLD, Jerry Gordon delivers an unflinching look at real-life horror. This novel will gnaw its way through your skull, burrow into your brain, and mess with you in the best way possible. It's a pitch-black tale of moral ambiguity, with sympathetic characters facing a home-grown apocalypse of twisted faith, fire, and madness. It s one of the strongest horror debuts in recent memory, which not only entertains but provides penetrating insight into a dark chapter of American history. This is horror done right." (Tim Waggoner, Bram Stoker Award-winning author of Like Death)

"An absorbing blend of history and narrative fiction which elevates the Waco tragedy into an unforgettable exploration of society, faith, and truth. BREAKING THE WORLD by Jerry Gordon is a compelling novel that thunders, and challenges, from page one. The characters are genuine, the struggles throughout are powerful, balanced, and thoughtful. The novel's conclusion and Gordon's ideas within do what great fiction often hopes to defies and then transcends what we thought we knew." (Geoffrey Girard, Bram Stoker-nominated author of Project Cain and Truthers)

What listeners say about Breaking the World