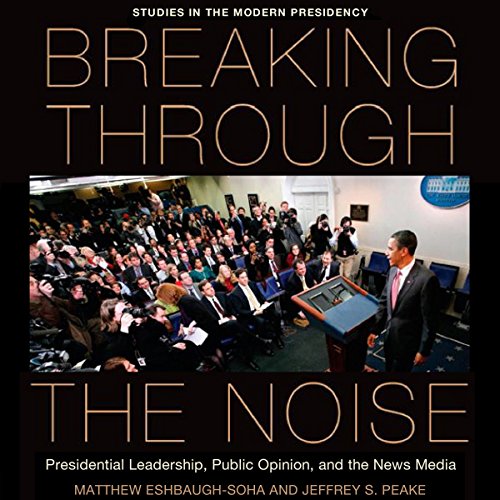 Breaking Through the Noise: Presidential Leadership, Public Opinion, and the News Media (Studies in the Modern Presidency)

Breaking Through the Noise: Presidential Leadership, Public Opinion, and the News Media (Studies in the Modern Presidency)

Modern presidents engage in public leadership through national television addresses, routine speechmaking, and by speaking to local audiences. With these strategies, presidents tend to influence the media's agenda. In fact, presidential leadership of the news media provides an important avenue for indirect presidential leadership of the public, the president's ultimate target audience. Although frequently left out of sophisticated treatments of the public presidency, the media are directly incorporated into this book's theoretical approach and analysis.

The authors find that when the public expresses real concern about an issue, such as high unemployment, the president tends to be responsive. But when the president gives attention to an issue in which the public does not have a preexisting interest, he can expect, through the news media, to directly influence public opinion. Eshbaugh-Soha and Peake offer key insights on when presidents are likely to have their greatest leadership successes and demonstrate that presidents can indeed "break through the noise" of news coverage to lead the public agenda.