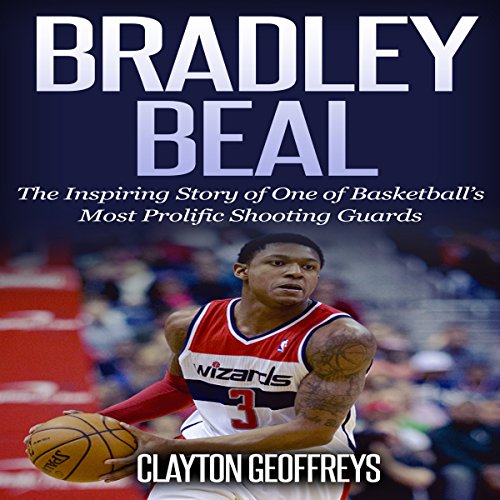 Bradley Beal: The Inspiring Story of One of Basketball's Most Prolific Shooting Guards

Bradley Beal: The Inspiring Story of One of Basketball's Most Prolific Shooting Guards

In Bradley Beal: The Inspiring Story of One of Basketball's Most Prolific Shooting Guards, you will learn the inspirational story of one of basketball's most promising young stars, Bradley Beal. Since being drafted with the third overall pick in the 2012 NBA Draft, Bradley Beal has played an instrumental role in the resurgence of the Washington Wizards in the Eastern Conference. Paired with fellow star John Wall, Beal and Wall have taken a once forgotten franchise back to the playoffs in recent years.

There is still much to be unveiled in the career of Bradley Beal. At the time of this writing, Beal is just twenty-four years old. In this book, we'll learn more about Beal's journey into the NBA, his impact on the game, and his growing legacy as one of the best up and coming stars to make his presence known in basketball.