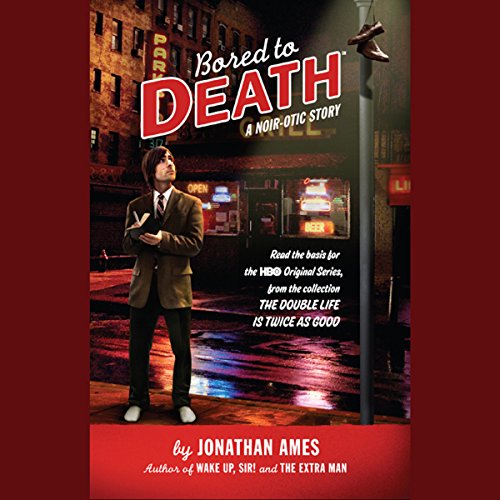 "Bored To Death" is from the new collection The Double Life Is Twice as Good by Jonathan Ames.

Now an HBO original series starring Jason Schwartzman (Rushmore), Zach Galifianakis (The Hangover), and Ted Danson, "Bored to Death" is a Raymond Chandleresque tale of a struggling Brooklyn writer curiously named Jonathan Ames who, in a moment of odd whimsy and boredom, becomes a private detective after spontaneously posting an ad on Craigslist. As a rank amateur who just thinks he can help, this Ames alter ego quickly becomes embroiled in the search for a missing NYU coed. He moves from one scrape to the next, all while trying to escape a life of periodic alcoholism, dead-end relationships, writer's block, and hours of Internet backgammon.

"Bored to Death" was originally published in McSweeney's, Issue 24, and is now the centerpiece of Ames' new collection, The Double Life Is Twice as Good.

What listeners say about Bored to Death