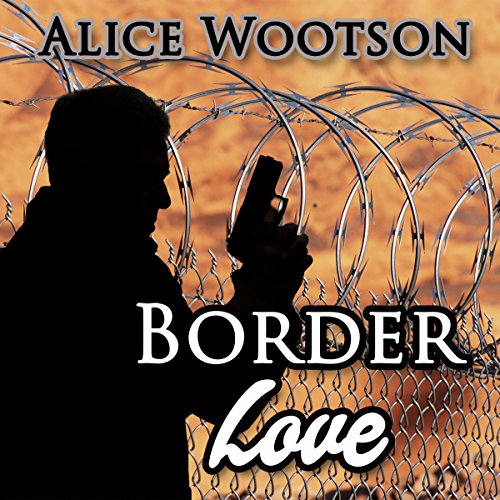 By: Alice Wootson
Narrated by: Leonor A. Woodworth
Try for $0.00

Agent Brooke Hudson's faith is shaken when she's obligated to arrest a child as an illegal immigrant on the Texas-Mexican border. Though tempted to resign, she decides to try reassignment instead.

After a violent, passionate outburst against the perpetrator of a mass murder, troubled Agent Darien McKee is forced to transfer. Will he be able to handle his new position?

Brooke and Darien are assigned partners. When a deadly terrorist attack rocks their world, they lean on each other for support and promptly fall in love. But will an evil force tear them apart?

What listeners say about Border Love

An exciting story with lots of suspense!

This is the first book I have listened to or read of this author's and I really enjoyed it. There was lots of suspense, action and romance as the main characters trusted God to help them with all the things happening around them. I would like to read more books by this author. The narrator also did a great job.
I received a free code from Audiobooks Unleashed to listen to this book on Audible.com. This review is my own honest opinion.

I've always felt compassion for the illegal immigrants trying to enter our country while at the same time I hold high regard for the laws of our country and justice for those who break them. So from that point of view I could understand Brooke's dilemma of upholding the law vs. pity for those wanting a better life here in the USA. The author has given a clear view of both sides of the situation on our border with Mexico--the good, the bad, the lawful, the unlawful, the dilemma for each. She also, in the midst of all that, gave readers a great mystery and romance. This was an eyeopener for this reader as well to the dangers both sides face at the border. I never really thought about how dangerous it is for the border patrol. It seems we hear more about the dangers of those who challenge the laws of immigration to enter illegally. About the coyote's who lead people to their deaths. The drug runners who blatantly bring their deadly products into this country. Ms. Wootson has done a wonderful job of giving a picture of the border issues without entering into a political discussion. Well done!

I requested this audio book from Audiobooks Unleashed and have voluntarily left this review.

Good story and the narration definitely added to these two wounded agents thoughts by Leonor. Good plot showing us the effect the job has on people of the law. Hopefully changes will help them
given audio for my voluntary review and my honest opinion

This was a well written fictional story about the issues at the border of Texas and Mexico. There was intrigue.

what a totally fantastic audiobook from the pen of Alice Wootson and brilliantly narrated by Leonor A Woodworth. I look forward to hearing more from this author xxxxxxxx