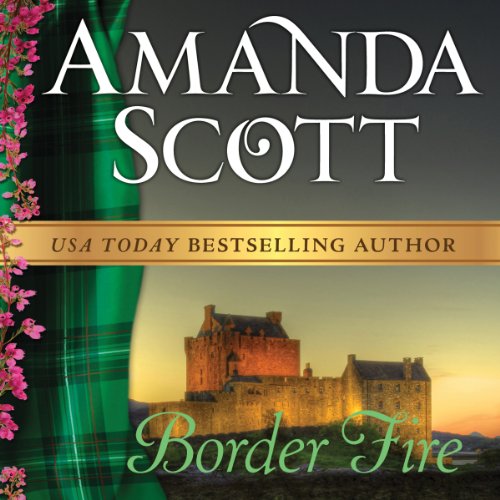 By: Amanda Scott
Narrated by: Sally Armstrong
Try for $0.00

In a time of war, he'll risk his life again and again to defend his country, but who will protect his heart from the woman who could be his destiny - or his doom?

Under cover of night, he leads his ragtag army to defend Scotland's borders against their English enemies. Few know that Rabbie Redcloak, the legendary highwayman who could find his way to hell and back, is in reality Sir Quinton Scott, scion of a powerful Scottish clan. Captured during a daring raid, he's sentenced to hang. Luck comes his way in the form of an unlikely savior: a silver-blond beauty who risks her life to save his.

Quin doesn't know why Janet Graham helped him escape. But now it isn't safe to leave her behind. Sworn to protect her on the dangerous road ahead, Quin is unprepared for the passion his lovely rescuer awakens. As his notorious past catches up with him, he's ready to gamble everything for the price of his freedom - and the love he can no longer live without.

What listeners say about Border Fire

Not much to say except I loved it. I'm looking forward to the next book in the series.

Stereotype at its worst

What would have made Border Fire better?

I just wish that these stories didn't lend themselves to so much stereotyping, I like to read a story where the woman have some intelligence, all these woman are just frustrating. The only reason they seem to be such a big deal is their physical attributes, and that's about it.

What was most disappointing about Amanda Scott’s story?