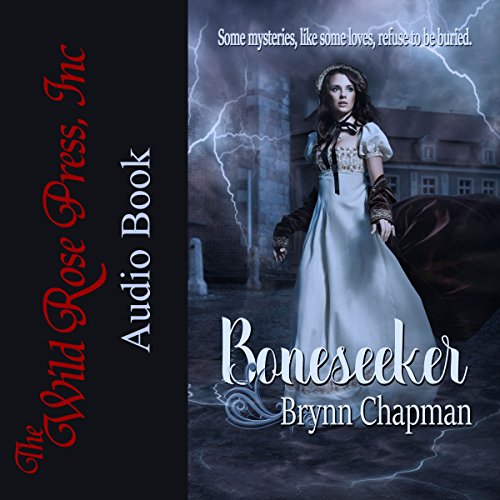 By: Brynn Chapman
Narrated by: Karen Krause
Try for $0.00

Aspiring scientist Arabella Holmes doesn't fit the role of a 1900s lady. Her father, Sherlock, landed her a position at the Mütter Museum to pursue her dream of becoming a purveyor of abnormal science, or what her father calls a "boneseeker."

Henry Watson’s two-fold mission at the Mütter Museum is to join their team of forensic anthropologists in unearthing unusual antiquities and to watch over Arabella. If only he could get her to speak to him, instead of hurling knives in his general direction. Assigned to a most secret expedition to investigate a mysterious skeletal hand discovered in upstate New York, Arabella and Henry are soon caught in a scientific debate, and the search for the truth may have deadly consequences for those involved.

Are the bones from a Neanderthal? Or are they living proof of fallen angels known as Nephilim?

Watson and Holmes must put aside their differences, trust their instincts, and rely on one another to survive to uncover the truth.

*This is a new version of a previously published edition.

What listeners say about Boneseeker

This was my first Brynn Chapman's book. This historical story was intriguing, filled with humor, mystery and romance. If you like Sherlock Holmes, you should like Arabella Holmes and Henry Watson's story. In fact, I like Sherlock Holmes, but I had difficulties to get into this story. I wonder if I should have read and listen it to stay more focused. This was my first listen to Karen Krause. Her voice wasn't really entertaining, but I think this was matching the characters. I received this free review copy audiobook at my request and I have voluntarily left this review.

This book was fun to listen to. It took me a bit of time to get used to the wording from that time, but once I did the story took off. I enjoyed learning about Miss Holmes and can’t wait to see what adventures she finds in the future.

This story had a definite Sherlock Holmes feel to it. It had the logical thinking with conclusive deductions and her every own DR Watson to help. The chemistry between the two characters was not as of obvious but with the time period it is set in it made sense.