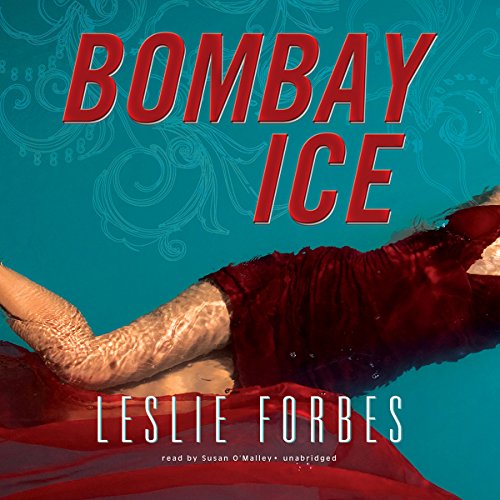 A dazzling novel of murder and monsoons, of poison and seduction, of long-buried secrets and lethal betrayals.

Rosalind Benegal is a BBC correspondent who has spent years distancing herself from surreal memories of a childhood spent in India. But lately her long-lost sister, Miranda, has taken to sending her cryptic postcards all the way from Bombay. In swirling script, Miranda claims she’s being followed by a eunuch; she alludes to her childhood fear of water; she hints that her husband may have murdered his first wife. Miranda’s dizzying missives compel Rosalind to do what she would never do on her own - return to the land of her birth, to the country that still haunts her after 20 years abroad.

Part literary thriller, part eloquent meditation on everything from the secret art of alchemy to the hidden lives of gangsters, artists, con men, prostitutes, and serial killers, Bombay Ice is rich with the heady atmosphere of India. It is an extraordinarily intelligent debut that captures the very essence of an exotic and fabled land.

About the author: Leslie Forbes has worked in London as a writer, artist, and broadcaster for over 20 years. She is the author of award-winning travel books, including A Table in Tuscany, winner of Italy’s Barbi-Colombini Prize for the best book on Italian food and culture.

“Lavish and sexy…An engrossing narrative, entertaining even when it meanders, and drenched with enough local color to tint the saris for the most extravagant Bollywood production number.” ( The New York Times Book Review)
“A remarkable and clever debut.” ( Washington Post)
“Bombay comes alive in these pages…Wild, extravagant…Unpredictable.” ( Newsday)

NO, This was the hardest book to get through -- the narrator's voice was monotone and awful. She ruined the book.

Who would you have cast as narrator instead of Susan O’Malley?

Not sure, but not her.