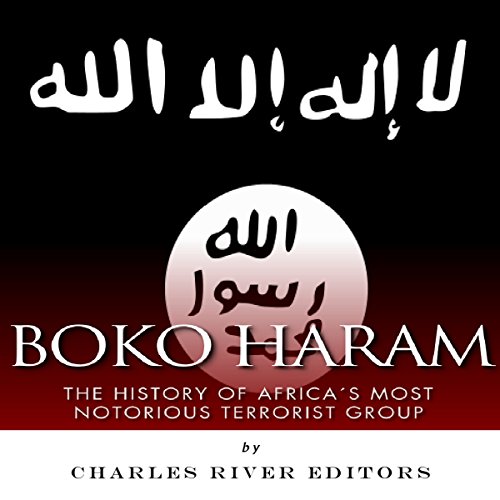 "Boko Haram are better armed and are better motivated than our own troops. Given the present state of affairs, it is absolutely impossible for us to defeat Boko Haram." - Kashim Shettima, governor of Borno

On the morning of April 15, 2004, the world woke up to the extraordinary news of the kidnap in a little known hamlet of Nigeria of some 276, primarily Christian schoolgirls, by the radical militant Nigerian insurgent group Boko Haram. Almost overnight, the group, which had resided somewhat on the fringes of global consciousness up until that point, found itself at the forefront as international public outrage, culminating in a social media campaign headed by First Lady Michelle Obama, demanded the immediate return of the kidnapped girls.

Those demands, while laudable, simply served to project a hitherto local and regional jihadist movement, operating in the gray hinterland of the African Sahel region, into an organization with an international profile and a place in the pantheon of globally recognized terror organizations. If anything, the headlines have probably imbued Boko Haram with more punch than it can practically wield, for in reality the organization, at least for the time being, it remains less a jihadist movement that a localized terror insurgency with very locally defined objectives. If Boko Haram does indeed nurture international ambitions, which increasingly it appears to, then these perhaps are a fringe expression of a movement that appears in on the whole, again at least for the time being, to be too haphazard, and chaotic in its administration and leadership to really find a home amongst the larger and better known international organizations.

Great for gaining an understanding of Boko Haram.

I'm a senior in college studying military history and I'll admit that before I read this all I knew about the conflict was the atrocities and special forces operations that occasionally shos up in the news. To be fair I knew more than all my friends and family, but that goes to show that too little attention is being paid to this war.

I personally don't like the term 'ethnic conflict,' since we're dealing with areas that are theoretical under one government but in every other respect are many nations with informal leadership. When different parts of the same 'state' have vastly different cultures, languages, religions, opinions, and understanding of events and institions then psychologically these are two nations and will split and the slightest dispute.

Combine this with the insulation of the many African towns from each other and the extreme poor logistics and extremely high crime rate. Throw in some radical Islam and viola! Boko Haram.

Content is good, but narration is poor. Speaker has a lisp or needs to floss. The narrator also has a pronounced, non-standard, marked dialect. The reading also isn't read smoothly but harshly, i.e. a hard prosody on words and pauses. She also has some volume control and pronunciation consistency problems. This Audible reader needs a voice coach or audio director before producing more works for Amazon.

If you could sum up Boko Haram in three words, what would they be?

A fascinating tale which describes how the convergence of colonialism, government corruption and religious extremism has spawned this Nigerian terrorist group.

This audiobook is full of historical and contemporary information on Nigeria, and the author/narrator does a good job detailing how Boko Haram has come to be. Sadly, it seems that the existence of this Nigerian terrorist group was largely preventable!

What disappointed you about Boko Haram?

It could have been written in a more clear and interesting way. The material was in itself not boring but the way the book flowed and presented it often led the reader to feel bored and uninterested.

Even though the content of the book had shortcomings, the narrator had a nice strong voice which allowed me to listen to all of it.

I was provided this audiobook at no charge by the author, publisher and/or narrator in exchange for an unbiased review via Audiobook Boom.”

A fascinating look at how Boko Haram was created

* I received a free copy of this audiobook through AudioBookBlast in exchange for a fair and unbiased review.

Boko Haram was not a group that was on anyone's radar until one day in April of 2004, when the group kidnapped 276 girls from a school in Nigeria. It was not a coincidence that most of those kidnapped girls are Christian.

This audiobook explains the deeply religious ideology that Boko Haram espouses. Boko Haram members are Muslim and they believe that Sharia law is the only true law.

The narrator of this audiobook was the perfect choice. Many of the African names and pronunciations are extremely difficult for most people to pronounce but Wanda J. Dixon McKnight was flawless in her performance.

Much of the initial information in this audiobook is quite 'dry' but it was necessary to include it in order to really understand the African region and its complicated history.

I found this audiobook very interesting although at times it came across less like a "book" and more like a university lecture.

Captivating story of a terror groups rise to power

Fascinating quick story of Africa's most notorious terrorist group. The author quickly delves into a no frills account of the relevant portion of the countries histories and the facts of the Creation of the terrorist group, it's rise to power and atrocities committed in its name. I did however find the narrator to be monotone and a detractor to the book. I received this audiobook for the author narrator or publisher for free via audiobookblast in exchange for an unbiased review.

The Usual Condensed History by CRE

Would you try another book from Charles River Editors and/or Wanda J. Dixon McKnight?

I own 600 plus (!) ebooks by Charles River Editors. They produce educational material, not necessarily entertaining material. I knew what to expect regards content. So yes. I will not try another book read by this narrator. I suggest she was good at regional pronunciations. This is only a little over an hour long and I'm listening to it as I write this. very monotonic and difficult to stay interested. She does have a clear pleasant voice.

What other book might you compare Boko Haram to and why?

Any of the 1000s under the Charles River Editors

What aspect of Wanda J. Dixon McKnight’s performance would you have changed?

I wouldn't know what to suggest. But it isnt a positive listening experience.

No, it would only be 8 minutes long based on this material.

Marred by Bland Writing and Even Blander Narrating

I am neither an impatient reader nor uninterested in history (obviously, or I wouldn't have sought this out), but this book by Charles River Editors is, despite its brevity, utterly and brutally boring. The narrator is almost impressively lifeless in her delivery and is perhaps the worst I've had the displeasure of listening to—and by that token, I suppose, is a perfect match for the material. She narrates as if directly from notes for a class presentation on an assigned topic she finds as boring as her audience finds her reading.

Needless to say, I will be seeking out other works on this subject with the hope that their authors are just as competent at writing engagingly as they are at researching soberly.

Listening to this book leaves me wanting more. I love how the book provided a historical context. That context gave me a broader insight to the turmoil taking place in Nigeria and many other parts of Africa. Lastly, the narration was excellent. The narrator's voice was clear, her tone was perfect for the content of the book and her annunciation was remarkable!! You could not have picked a better narrator!!!

This is a pretty comprehensive, if quick, look at how Boko Haram came about and was able to grab the power that it has. There is also a listing of some horrendous atrocities the group has committed and atrocities committed in the name of putting the group down by the Nigerian government. It was what I expected but still a little shocking to hear. That the US government has not done more is disappointing but not unexpected when you consider who the president is.

I try to be supportive of the narrators, but this was not done well. Despite the fact that Wanda is clearly reading the material, she struggles to do that at times and she also can be heard going to the microphone and away from it. She also turns the pages rather distinctly throughout. In support of Wanda, she has a nice voice and will do well to research how to record audiobooks in a successful way.

I received this audiobook free through Audiobook Boom! in exchange for an honest review.