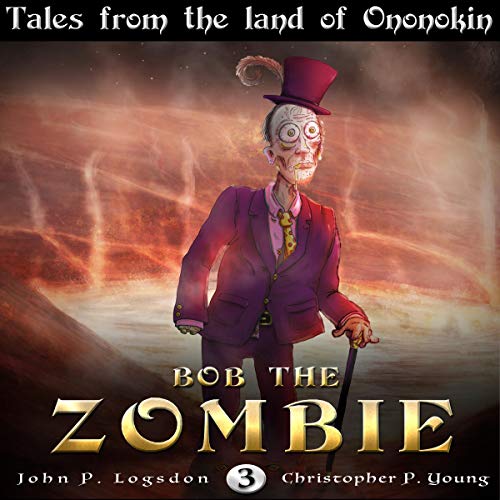 Being a Zombie stinks...

Bob is a Zombie who was just going about his business when a band of thieves stole his hand so they could make a batch of Elfagra (for men who need a little lift) in the Upperworld.

While it's bad enough that they've swiped Bob's hand for such a purpose, it comes to the Zombie's attention that if the bad guys use the wrong technique it could cause a cosmic rift that will spell the real death of Bob...not just the long, drawn out one that comes with being a Zombie.

Modacio is a thief who made an enormous mistake on her last job that resulted in the Thieves Guild putting a high price on her head. Working with her partner in crime, an Ogre named Kone, she sets in place a plan to deliver a gift to the chief of the Thieves Guild in exchange for having the bounty taken off her. Unfortunately, this means she has to steal the hand of a defenseless Zombie. But better his hand than her life, right?

Bob turns to his only real friend, a Dwarf named Perkder, and asks for help in getting his hand back. The two slap on disguises and begin a journey to the Upperworld in an attempt to stop the thieves before it's too late.

Fans of Monty Python and Discworld will find a grand new playground in the Tales From the Land of Ononokin series.

What listeners say about Bob the Zombie

Story dropped right off 3/4 of the way through

I’ve enjoyed the previous Ononokian books; they’re silly, cute, and easy to listen to. This one started off fun ... but it seems like 3/4 of the way through, the author suddenly tried to rush a totally random ending. Very unsatisfying.

I'm loving this series , funny stuff and all they need is a few talking cats and dogs to make the whole thing perfect .

Wow! Once again this author does not disappoint ! The story is great and we even get a little blurb about Treneth of Dahl...ha ha! And as always, Jus narrates it perfectly!
I highly recommend it!