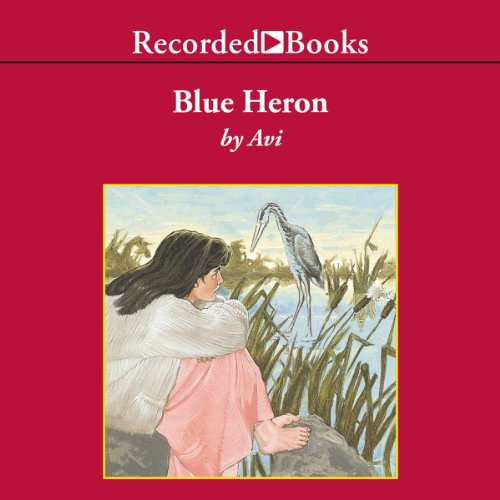 By: Avi
Narrated by: Christina Moore

Maggie Lavchek believes in magic. Magic doesn’t change things. It keeps them the same. Maybe that’s what she was hoping as the plane she had taken from her home in Seattle, Washington touched down on the airstrip in Westport, Connecticut. Maggie’s parents were divorced, and this was her yearly summer visit with her father and his wife Joanna, who had just had a baby. The four of them were going to spend part of the summer at Sawdy Pond, a lakeside cottage in Massachusetts. But from the start Maggie has a feeling things aren’t going to work out. All of Joanna’s attention is focused on the baby, and something is terribly wrong with her father. When he isn’t sleeping, he seems to spend all of his time on the phone. Early every morning Maggie escapes down to the marshes where she had discovered a blue heron her first day at Sawdy Pond. The beautiful gray-blue bird seems to be the only thing she can count upon. But someone is tracking the heron, and Maggie has to stop him before it is too late.