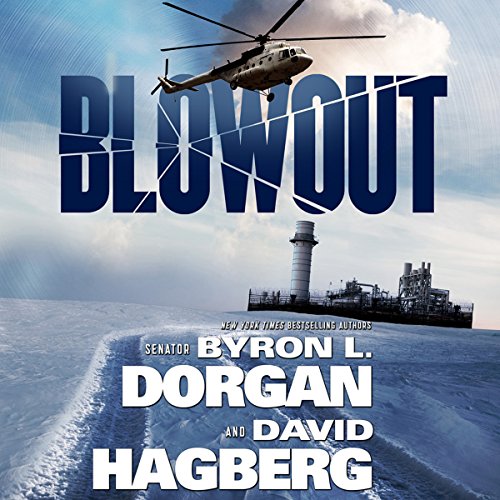 America is on the brink of crisis. Unless we can curb our dangerous appetite for foreign oil, petroleum-rich countries and speculators will bring our economy to its knees… long before CO2 emissions will devastate our ecosystem. The President has answered the call with the Dakota District Initiative, a top-secret research team hidden deep in the Badlands of North Dakota. The Initiative is developing a way to produce clean energy from coal. But powerful enemies will stop at nothing to sabotage this revolutionary technology. A cadre of oil hedge-fund managers hires a crew of mercenary fanatics to attack the Initiative’s experimental power station.

Despite the bloody assault, the research continues as war-hero sheriff Nate Osborne and brash journalist Ashley Borden search for the attackers. The stakes couldn’t be higher: Unless the Initiative succeeds, we could be faced with gasoline at $20 per gallon or more, putting an impossible strain on an already fragile economy. If the project fails, we will continue to poison the very air we breathe. Either way, the Badlands will run red with blood.

What listeners say about Blowout

a review from North Dakota the setting of the book

While I'm not sure if they are against the oil fields out west (in western ND) sure. If they are getting a check (from the oil companies) no. If they are just looking for a book set here in North Dakota I would. So for me it all depends on the person.


One thing is people do not stand out side in the middle of December in North Dakota with out coats on unless we have some kind of freaky warm winter. Since the writers stated there had been blizzards it's not that warm. Yes we will walk around with a jacket at 32 degree above 0 but Dorgan knows better how cold it can be. The wind chill alone would have given frost bite. He also knows what its like when we have winter storms up here.
A little more realism would be nice when it comes to the environment and how the characters live in would be nice!

The Posse has also been active in ND. There is a very famous case about it. They made a TV movie about it (not filmed here they had mountains in the background) Dorgan knows that as well.

I would reduce the peachiness of anti oil. I like the idea of exploring alterative fuels so our oil here in ND will last longer.

This was a good performance. I have in the past turned books off because the performances were so bad. I will look for Mr. Berkrot's performances in the future.

Was Blowout worth the listening time?

For me it was nice to here a book set in North Dakota there is very few especially thrillers or mysteries. If you are looking for something different. There are some twists and turns which was nice.

I am not sure how they will turn it a series the authors have come out with another book. I do plan to listen to that one just to see how it progresses.