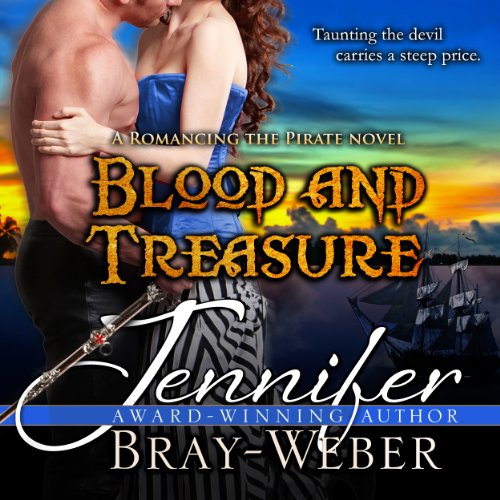 By: Jennifer Bray-Weber
Narrated by: Voices Online Now
Try for $0.00

Although Lianna Whitney was gently bred, she must now empty slop buckets and fight off randy sailors in a seaport tavern to survive. One night, she unexpectedly comes into possession of a golden medallion. But when the man who left it with her is immediately murdered by soldiers of the Royal Navy, she's afraid to admit she has it. Unsure who to trust, she's caught up in crossfire between navy officers and a pirate captain, who, realizing she possesses the object he's been paid to find, whisks her away to his ship during the fight.

Privateer Captain Zane Fox is not interested in the mystical healing powers the medallion is said to hold, even though the legends claim it can bring a dying man back to life. He only plans to procure the medallion, drop the chit off at the next port where she'll be safe, and collect the money he was promised. However, as they fend off storms at sea and attempt to outrun the Royal Navy, the two are also fighting the attraction they feel for one another. But when they are captured, Zane must choose between recovering the medallion and saving Lianna from the noose. And soon it becomes clear to him that the medallion is not the only treasure worth risking his life for.

What listeners say about Blood and Treasure

the storyline was good and it was written well but the narrator left a lot to be desired.