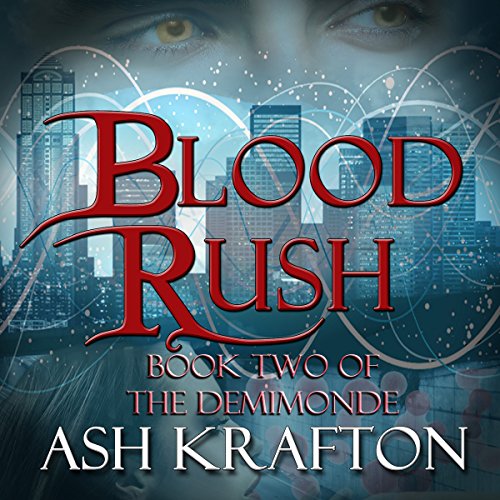 By: Ash Krafton
Narrated by: Kelly Pruner
Try for $0.00

Sophie doesn't believe in happily ever after. These days, she'd settle for alive after sunrise.

Advice columnist and newly-appointed oracle to the demivampire, Sophie Galen has more issues than a Cosmo collection: a new mentor with a mean streak, a werewolf stalker she can't shake, and a relationship with her ex's family that redefines the term complicated. And then there's her ex himself, who is more interested in playing leader of the vampire pack than in his own salvation. Becoming a better oracle is tough enough, but when Sophie encounters a deadly enemy - one she never dreamed of facing - it will take everything she's ever learned in order to survive.

What listeners say about Blood Rush

At this point I have completed the series and will definitely listen again. I am glad to have been given the chance to listen to this series. A gem hidden among many audiobooks and from the lack of reviews, definitely not yet found.

I love that this book explores the relationship between Sophie and Rode and his family. This is a continuation of Sophie and her new roll in life that she is completely unprepared to handle.

Fangtastic, Vamperific and a total Blood Rush... A MUST listen. An extremely unique paranormal romance.