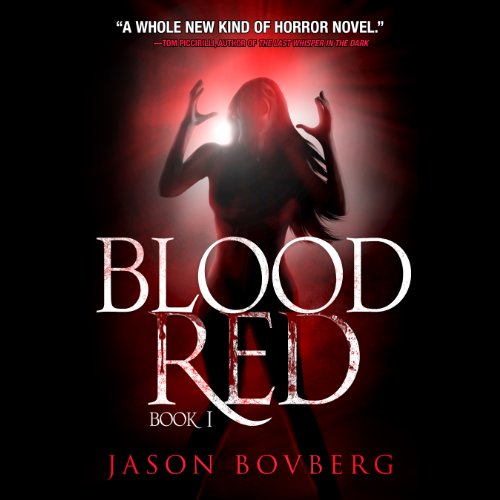 The end of humanity will come from within.

Rachel is 19. She doesn’t know how to handle her new stepmother, let alone the end of the world. But after finding her stepmother dead, Rachel is suddenly racing against time - and terrifying, unnatural forces - to survive a gruesome apocalyptic event. Outside her door, the college town of Fort Collins, Colorado, is filled with corpses, and something unfathomable is happening to those bodies. And it’s only just begun.

As Rachel struggles to comprehend her horrible new reality, she’ll need to find answers to questions she never thought she’d ask - all while desperately searching for her lost father, on whom she pins all her hopes for coming out of this phenomenon alive and intact. But nothing will be as it seems.…

It could have been bloodier....

What disappointed you about Blood Red?

What a fantastic premise for a post-apocalyptic zombie novel. I gave it an extra star for that alone. It started out strongly; but unfortunately, the awesomeness of it was virtually lost in it's execution. This is a YA novel about Rachael, a 19 year old college student whose emotional development was arrested sometime during her sophomore year in high school (my guess). It turned out that there was not much going on in Rachel's head and she had the emotional tunnel vision of a child. Her decision making process was frustrating and nonsensical. Who walks into a post-apocalyptic Target for one item and leaves with one item? Rachel with one flashlight and the batteries she put in it. And the world was over, I mean apocalypse over.

Has Blood Red turned you off from other books in this genre?

No, I love a good post-apocalyptic and/or Zombie story! I prefer great, but I'll read a 'just good' one and enjoy it. There is a whole lot of dreck published in this hugely popular genre. I sift through a lot before I settle on one I'll think I'll like. This one was so well reviewed, I took a chance and missed.

Screechy, dog-whistle, headache (no joke). There was another 19 year old character whose voice was described as high-pitched in the narration, and Ms. Kaufman delivered. I thought I was listening to anime. Bonnie, a nurse in her late 40's with no backstory, spoke in a 'Mom' voice that I imagine is from 1950's, even with a sing-song cadence of 'Radio Days'. Nobody speaks like that, I wish they'd retire the whole matronly cliche voice for anyone who is either a mom at any age or is a woman over 40.

Annoyed at times and on the whole: Disappointment.

A new twisted look at zombies, er, no pun intended

I found this story to be a fresh take on a topic that is getting done to death by other authors... er again, no pun intended there!! This author's take is original enough and keeps you well on your toes the whole time. It's more of a feeling that something is coming that makes it scary, rather than filling pages and pages with gore and atrocities. There are a couple of heartbreaks and some very human moments when you feel for all of the characters. I'm not sure if another book is coming, but if there's I'll be sure to purchase it.

This book sounded right up my alley, but once I started reading it was apparent it was clearly not for me. I just can't get behind a female protagonist that is portrayed as weak and/or helpless. It's the end of the world and you encounter your dead boyfriend. What do you do? I'm pretty sure you don't think about how you'd like to be lying in bed with them and reminiscing about all the times you've, uh, spent there. But it'll be all good if you can just find you're missing dad because he'll know what to do. Why? What makes you think he knows any more about what's going on than you do? There's more - and this is just in the first few chapters - but I'm not going to write a novel about it. I realize the snark-factor is high, but I'm really sick of starting books that sound interesting, have 4-star ratings, then getting disappointed (and, at times, insulted).