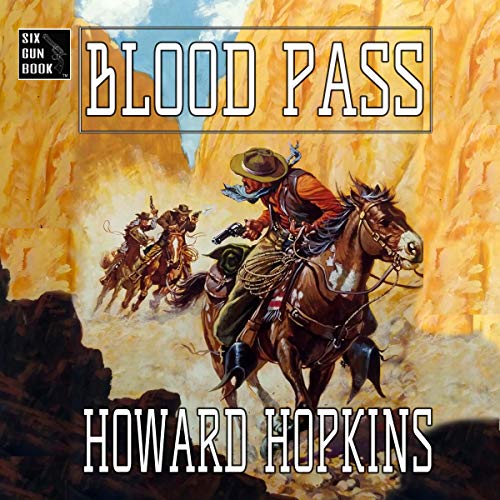 Ex-range detective Jim Duran has had enough of progress and the increasingly tamed West. But when he signs on with the Peacemaker Society for the final mission of his career, he gets more than he bargained for - a fiery Crow Indian bent on avenging a murder, a bone-freezing journey over a desolate white desert of treacherous ice and snow, and an insane dictator who threatens to plunge the United States into another Civil War.

From the midnight depths of the frozen north comes a maniacal marshal locked in a bloody battle of the past. With his murderous Eskimo deputy, he grips the Alaskan settlement of Stewell Pass in a spell that threatens terror and sudden death.

What listeners say about Blood Pass

the voices the Reader used were amazing.

loved it! the voices the reader used were masterful ! the story was good...but the Narrator/Reader made it a top notch experience

If you’re a western novel lover, then this book is for you. Captivating story line, attention to historical details and read by a phenomenal narrator who beautifully betrays each rugged character, taking the listener back to the Alaskan setting that the story is set.