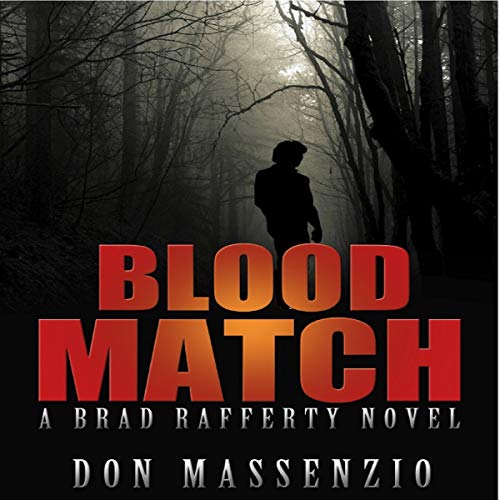 By: Don Massenzio
Narrated by: Tim Richards,Shelly Terrence
Try for $0.00

Intelligence analyst Jake Balrich boards his Monday-morning flight, as he has so many times, for routine field work. When the plane lands, a passenger fails to wake up. Jake soon realizes that the death was not accidental and is part of a murderous plot that will have Jake running for his life as he struggles with an unknown enemy who seems to guess his every move.

Blood Match is a thriller that examines the desire for gaining power, with little regard for the human lives that are affected. Follow Jake Balrich as he enlists the help of Commander Brad Rafferty to take down an enemy more powerful and dangerous than the United States has ever faced.

What listeners say about Blood Match: A Brad Rafferty Novel