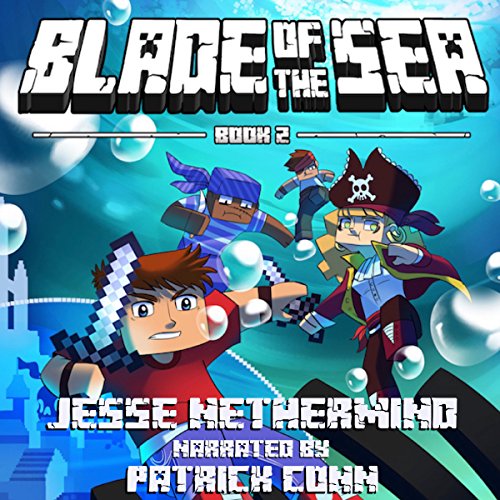 Blade of the Sea, Book 2

Blade of the Sea, Book 2

By: Jesse Nethermind
Narrated by: Patrick Conn
Free with a 30-day trial

They burned his village. They took him prisoner in an underwater fortress. Now he means to beat them at their own game. Patrick thought he'd left his pirate days behind him, but when his village is burned and pirates take him, he realizes there's no escaping the pirate life. They take him to an underwater city, the fortress of the pirates and residence of Captain Blackheart. These pirates believe Patrick knows where to find the legendary Blade of the Sea and mean to use him to take over the world. Patrick befriends a pirate to escape but has to set aside his fears and step up to find the Blade of the Sea before the Captain Blackheart and her pirates do. He finds himself fighting in creeper's cove, befriending a girl named Trish, and calling upon old friends in this quest to ensure the pirates never win. Filled with pirates, creepers, and hidden passages, the second book in The Blade of the Sea series takes Minecraft fans to new levels of excitement and adventure.

What listeners say about Blade of the Sea, Book 2