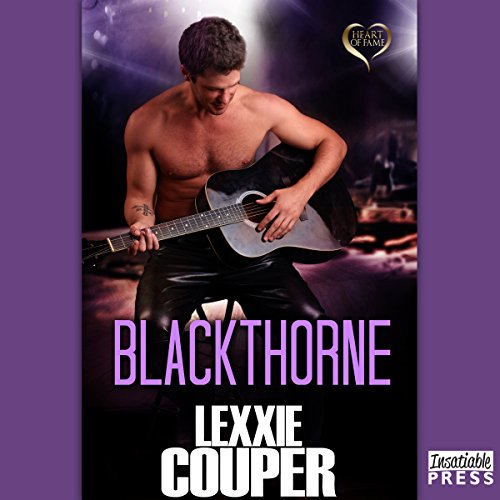 By: Lexxie Couper
Narrated by: Simone Simon
Try for $0.00

Caitlin Reynolds doesn't care if the rock star lookalike trying to get into her bar is who he says he is. Sticking to the rules is a big reason the Chaos Room is the hottest velvet rope in Sydney. Okay, so he's freaking hot, but she's been ignoring her hormones since her fiancé left her to go be a doctor in Somalia and then went missing.

After a shattered knee ended his promising soccer career, it seemed only natural for Josh Blackthorne to follow in his father's rock god footsteps. Now he's a megastar, lusted after by women - and men - the world over. But he's been in lust with Caitlin since he saw her picture years ago. When Caitlin realizes Josh is who he says he is, she's the first to make it right. But no matter how badly his seduction makes her want to melt into his arms, there's a ghost hanging over their heads. A ghost who turns out to be not so legally dead after all....

Warning: Contains a rock star who's livin' the dream and livin' it large, a self-made businesswoman with a weakness for a cheeky smile, and a red hot battle of tormented wills. May stimulate a desire to throw your panties onto the nearest stage.

What listeners say about Blackthorne

The first 15-20 minutes of this book were clever & humorous, when Josh Blackthorne met Caitlin outside her popular night club and sparks flew.

From that high point, the book sunk into immature melodrama involving an ex-fiancé, an unbelievable crush, the tabloid press and the down side of being famous. Josh, son of a rock legend, was basically given the lead spot in his dad's old band, becoming rich and famous without much effort. While basically a nice guy, Josh wasn't all that captivating.

Caitlin (27) was presented as a strong, intelligent entrepreneur with business savvy and determination. Yet she allowed her fiancé Matt to dump her as he was leaving the country but agreed not to tell anyone about their split-up until he returned. What kind of jerk would ask a woman to put her life on hold for months?

Yes, Matt was volunteering with Doctors Without Borders, going to dangerous places to help the sick & needy. That made him a compassionate doctor and generous human being but he still sucked as a friend & lover, obviously not caring that Caitlin would have to live a lie - she couldn't date if she was engaged.

While I didn't really enjoy this novel, I did appreciate that Lexxie Couper gave Doctors Without Borders some excellent publicity. What a wonderful organization!